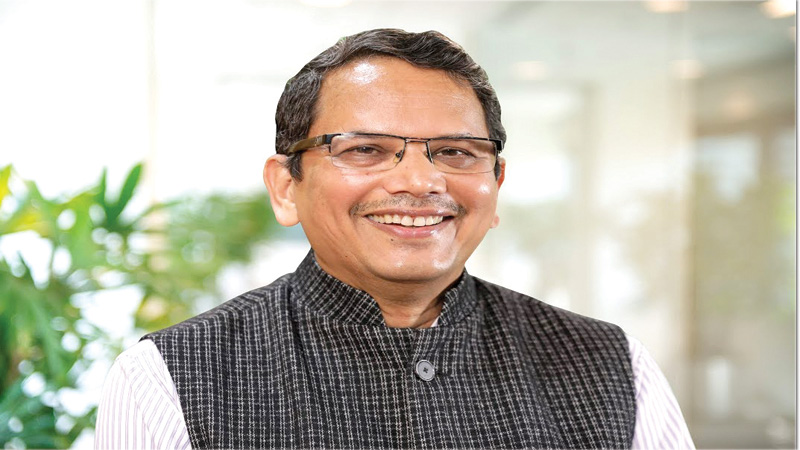 Before analyzing India’s foreign policy initiatives under PM Modi, we need to understand the status of our global outreach when PM Modi took over as Prime Minister in 2014. After UPA victory in 2009, India conceded major concession to Pakistan during meeting between Manmohan Singh and Pakistan PM Yusuf Raza Gilani when India agreed that terrorism and talks can continue together. It was the lowest point in India’s diplomacy. During his second term, Dr Manmohan Singh’s inability to take major policy decisions has also crippled India’s diplomatic initiatives. There was no visit of India’s Prime Minister to several countries for many years. For example. Indian PM did not visit UAE for 34 years, to Sri Lanka for 28 years, to Canada for 42 years and so on.

BJP government under Modi had first task at hand and that was to fill this large vacuum. PM has not only visited all those countries but also he was the first Indian PM to visit Mongolia and Israel. However, it’s noteworthy that before visiting Israel, PM Modi visited all major oil producing countries in Middle East and strengthened our traditional relations. At the same time, breaking the convention, he didn’t visit West Bank during his Israel visit but went there separately, giving clear signal that India will deal with Israel and Palestine independently, and not necessarily always linked.

Energy Security is one of the main agenda of Modi’s foreign policy. India’s crude oil is traditionally imported from oil rich gulf countries. Under PM Modi, we have diversified our crude oil requirement from multiple sources. In 2015, PM Modi negotiated waiving off penalty of USD One Billion by Qatar for lower intake of natural gas. At the same time, thanks to excellent relations with Saudi Arabia and other oil producing countries, India was successful in not allowing skyrocketing the oil prices in spite of sanctions on Iran from USA.

These are short-term measures. Additionally, India is also working on long-term energy security. Again, due to excellent personal rapport between Crown Prince of UAE and PM Modi, consortium of Indian companies have bought 10% stake in Lower Zakum offshore oil field of Abu Dhabi. It is India’s first investment in UAE oil field. Similarly, now India’s investment in Russian oil fields has exceeded 10 Billion USD. In a mega investment of 44 Billion USD, Saudi oil company Aramco will set up a refinery in west coast of Maharashtra.

India-UAE cooperation is not confined to only to trade. Recent deportation of offenders from UAE to India and UAE giving permission and all the cooperation for building a grand Hindu temple in Abu Dhabi also shows the depth of India-UAE relations.

India has faced several security challenges during last four years. Continuous support to anti-India terrorist activities by Pakistan is one of such major challenge. In response, India has not only overcome its “strategic restrain” by commencing surgical strikes and air strikes at terrorist training camps in Balakot, it has successfully isolated Pakistan on a global stage. Recent announcement of United Nations Security Council to designate Masood Azhar as global terrorist is also key success of India’s foreign policy.

In this context, it is important to analyse India-US relations. After 2014 victory of BJP, then US President Barak Obama understood importance of strategic relationship with India as a balancing power against China. This has resulted into one of the best partnership story between two countries. Subsequent to Obama’s visit to India during republic day celebration, India and US decided to jointly develop and manufacture defence equipment under “Defence Trade and Technology Initiative” (DTTI). By the time Obama’s term was over, India was “major defence partner” of US, thus making almost all major US military technologies available to India. When Trump took a charge, there was lot of scepticism if this momentum would continue or not. But there is no sign of slowing down. In fact, two plus two dialog between two countries has institutionalised the dialog mechanism between two countries. USA has recognised “Indo-Pacific” as an official term replacing “Asia-Pacific”.

India-China relations had some ups and downs in last four years. In spite of successful visits by both PM Modi and Chinese President Xi Jinping to each others countries, Doklam posed the greatest challenge to our relations. Thanks to the statesmanship shown by both the leaders, the crisis was not only resolved but ties further strengthened. China has recently announced opening of its market to Indian products.

In the neighbourhood, Ignoring Pakistan, India backed new regional platform BIMSTEC (Bay of Bengal Initiative Multi-Sectoral Technical and Economic Cooperation) comprising of seven countries. In this context, it is noteworthy that during recent swearing in ceremony of new NDA government under the leadership of Narendra Modi, all the leaders of BIMSTEC were present.

PM Modi adapted “India First” policy in dealing with countries. But it didn’t shy away from participating multilateral platforms like G20, ASEAN and several other. QUAD, comprising of US, India, Japan and Australia is slowly emerging as a balancing force. During recent G20 meeting at Buenos Aires, Argentina, in addition to several bilateral meetings, there were two tri-lateral meetings. First was USA-Japan-India and second was Russia-China-India. In short, both the lobbies are interested to keep India as a part of their overall strategy.

In last four years, Modi government has rejuvenated India’s ties with African continent. Between PM, Presidents and Vice Presidents (past and current), India’s top leadership has visited more than twenty African countries in last four years. India has effectively utilised its rich civilizational heritage to further strengthen relations with different countries. PM Modi’s visit to Janakpur (a place where Sita got married with Ram) and Muktinath in Nepal, Dakeshwari temple in Dhaka, Gurudwara and temple in Canada, Terracotta sculptures in China, Toji temple in Japan, are some examples in this effort. The enormous success of International Yoga Day is also a reflection of strength of India’s soft power. During recent visit to Argentina for G20 summit, PM Modi attended a unique program “Yoga For Peace” organised by Art of Living, where more than 5000 Argentineans performed yoga.

Another significant aspect of this story is the number of top awards conferred to PM Modi by various countries. In last five years, PM Modi received six prestigious awards, namely King Abdullaziz Sash Award of Saudi Arabia, Amir Abdulla Khan Award of Afghanistan, Grand Collar of the State of Palestine, Champions of the Earth Award, United Nations Champions of the Earth award, Seoul Peace Prize 2018 and recently announced Zayed Medal of UAE. The latest addition is the highest order of the Russian Federation “ The Order of St Andrew the Apostole”.

Engagement with global Indian Diaspora by Modi government was visible everywhere Prime Minister visited. Significant improvement in resolving grievances, quick processing of visa applications, visa on arrival for citizens of several countries, quick help in emergency situations are some of the measures that has generated enormous goodwill for Modi government in the minds of Indian diaspora.

In short, under the leadership of PM Modi, India has worked as an effective balancing force in global affairs, secured its strategic interests and emerged as a force to reckon with.