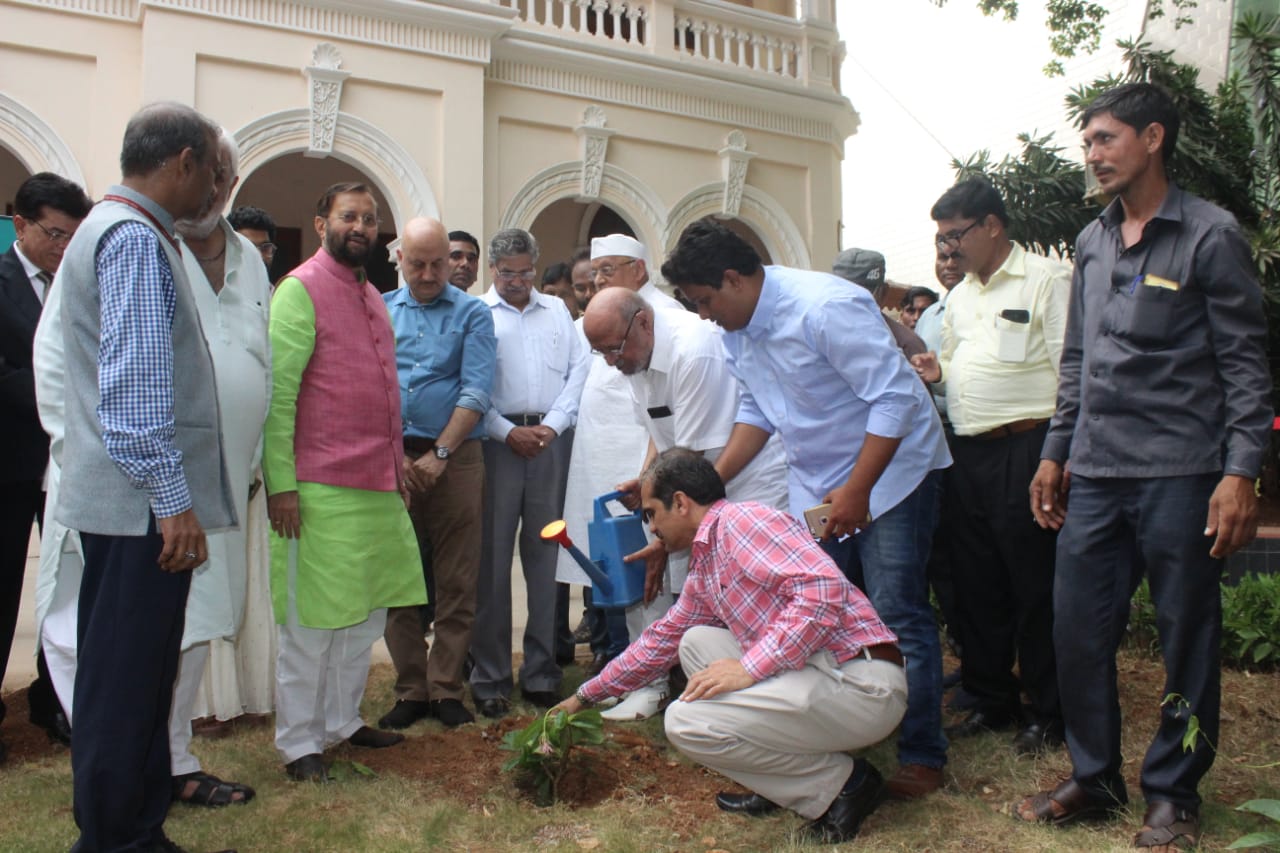 The Union Minister for Environment, Forests & Climate Change, Shri Prakash Javadekar has said that India’s forest cover increased by 1% in the last 5 years and that similar progress will be possible in the coming five years through people’s participation. He said that when compared with the amount of oxygen we consume in a lifetime, all of us must plant and help grow at least 10 trees; he said it is the way forward for environment protection.

The Minister said this during an interaction with the media, after planting three saplings in the premises of Gulshan Mahal, the historic building in Films Division that houses a part of NMIC, as part of the celebration of World Environment Day.

Film personalities Anupam Kher, Jackie Shroff, Shyam Benegal, Kiran Shantaram, Varsha Usgaonkar and others were present on the occasion. The Minister expressed his heartfelt gratitude to all artists for coming together and joining the movement.

This is Shri Javadekar’s first official visit to Mumbai, after taking charge as a Cabinet Minister in the second term of the Government under the leadership of Prime Minister Shri Narendra Modi.

On the occasion, the Minister undertook his first visit to the National Museum of Indian Cinema (NMIC), Films Division, which was inaugurated by the Prime Minister on January 19, 2019.