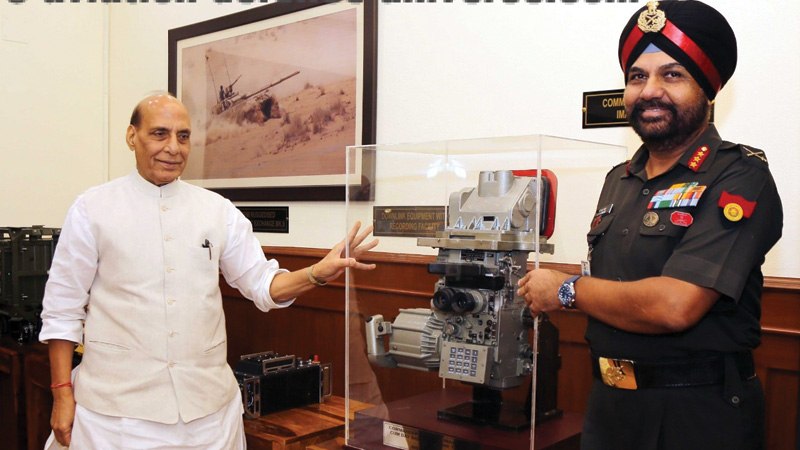 Raksha Mantri Shri Rajnath Singh handed over indigenously-developed equipment and systems to the Indian Army in New Delhi on August 16, 2022.

These include Future Infantry Soldier as a System (F-INSAS), new generation anti-personnel mine ‘Nipun’, rugged and automatic communication system with enhanced capabilities, upgraded sights system for tanks and advanced thermal imagers. State-of-the art high mobility Infantry Protected Vehicles and Assault Boats were virtually handed over by Raksha Mantri enabling the troops deployed along the borders to respond to any challenge in a befitting manner.

The equipment/systems have been jointly developed by Indian Army in collaboration with Defence Public Sector Undertakings, Defence Research & Development Organisation (DRDO) and the Industry, in line with the Prime Minister Shri Narendra Modi’s vision to modernise the Armed Forces, under the ‘Aatmanirbhar Bharat Abhiyan’.