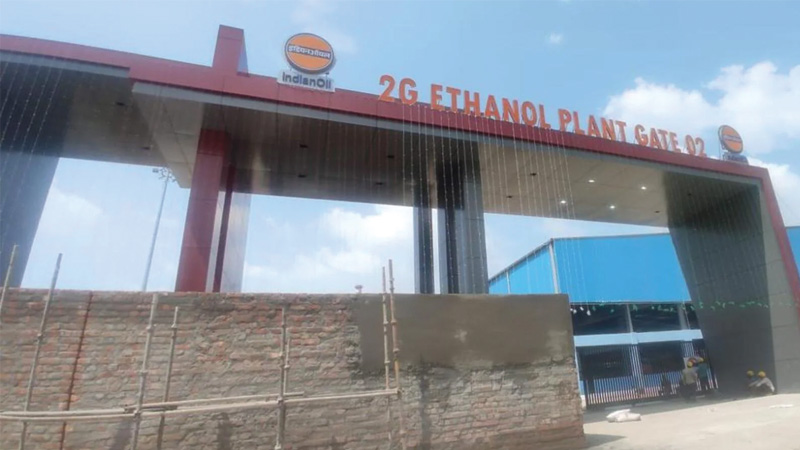 On the occasion of World Biofuel Day on 10 August, 2022 Prime Minister Shri Narendra Modi dedicated the 2nd generation (2G) Ethanol Plant in Panipat, Haryana to the nation today via video conferencing. Governor of Haryana, Shri Bandaru Dattatreya, Union Ministers, Shri Narendra Singh Tomar, Shri Hardeep Singh Puri, Shri Rameswar Teli, were among those present on the occasion.
The Prime Minister greeted the people on the occasion of World Biofuel Day. Terming the Ethanol Plant just a beginning he said that this plant will reduce pollution in Delhi, Haryana and NCR. He also congratulated Haryana for splendid performance by daughters and sons of Haryana in CWG 2022.

The Prime Minister said that in a country like ours that worships nature, biofuel is a synonym for protecting nature. Our farmer brothers and sisters understand this better. Biofuel for us means green fuel, environment-saving fuel. He said that with establishment of this modern plant, farmers of Haryana, where rice and wheat are grown in abundance, will get another lucrative means of using crop residue.

The dedication of the Plant is part of a long series of steps taken by the government over the years to boost the production and usage of biofuels in the country. This is in line with the Prime Minister’s constant endeavour to transform the energy sector into being more affordable, accessible, efficient and sustainable.

The 2G Ethanol Plant has been built at an estimated cost of over Rs. 900 crore by Indian Oil Corporation Ltd. (IOCL) and is located close to the Panipat Refinery. Based on state-of-the-art indigenous technology, the project will turn a new chapter in India’s waste-to-wealth endeavours by utilising about 2 lakh tonnes of rice straw (parali) annually to generate around 3 crore litres of Ethanol annually.