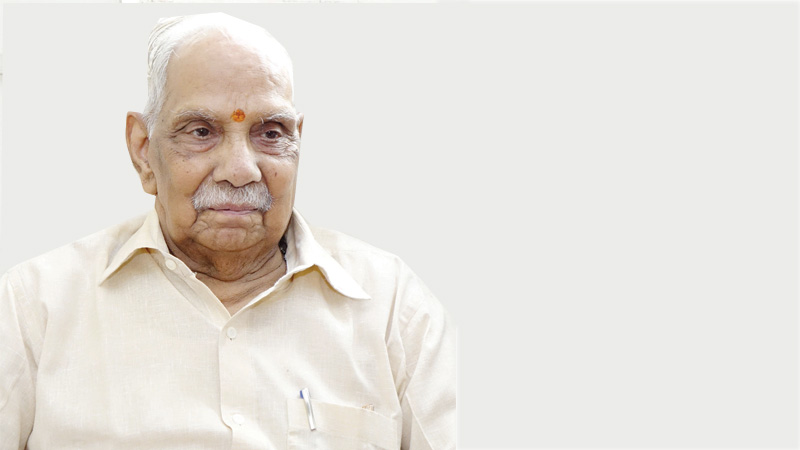 The situation resembles one that prevailed at the beginning of the British colonial rule over India. The context was one of contact and confrontation between two radically different civilizations, India representing the oldest surviving civilization of the East and the British representing the comparatively new Western civilization. Even though the imperialists came under the garb of traders, their real motive was to establish an empire and exploit its rich resources to enrich themselves. Along with the East India Company came the Christian Missionary also. Each supporting the other; the company establishing trading centers first and their rule subsequently while the missionaries ‘harvested the souls’ of Hindus by converting them to Christianity. To serve both the purposes they started educational institutions to win over the minds of the people. As education spread and conversion increased, Hindus began to realize the gravity of the situation and started reacting. There were three kinds of reactions or responses. The immediate beneficiaries of the British rule who were taken into the Establishment got enamored of the white man’s culture and considered it superior to their own. They became “White Sahibs” and became their native ambassadors. There were others who saw a mortal threat to the indigenous civilization and strongly reacted by adopting the policy of total rejection of the western system, lock, stock and barrel. In the mean while, another section grew up who got educated in the western system but were not totally taken in. They were proud of the ancestral heritage. By evaluating the situation they came to the conclusion that the approaches, outright rejection or total acceptance, were neither good nor practicable. They became the exponents of a middle path of standing firmly rooted in the culture of the soil, accept and adopt whatever is good and desirable from the new and alien civilization. Present situation resembles more or less a similar scenario. Globalization is the order of the day. Its impact all over the world is terrific. India is no exception. But unlike other countries, India is continental in size, gigantic in population and incomparably strong in its cultural and civilizational wealth. How a country like India is going to deal with the challenge of globalization is crucial not only to India but to every other country. So it is the onerous duty of the Indian leadership to seriously think over the situation and play its leading and decisive role for the benefit of the entire humanity.

One of the crucial factors to be taken into account in the present global context is the role of technology. Technology, though, apparently only a tool to make use of its impact, is so powerful that it can totally change the very texture of a culture on a civilization. Technology is knowledge, it is power, it is wealth, and in short it signifies what is meant by the word development. The whole world is after development, mostly in terms of economic development. Those who possess the latest technology are the most powerful. It exerts unparallel influence over the minds of leaders and rulers in all the countries of the world whether developed, developing or underdeveloped. There is a mad rush for acquiring the latest technology, but technology does not come alone, it brings a whole world of complicated relationships, cultural, political, educational and what not. As a matter of fact, one of the root causes of the present civilizational clash is technological superiority or inferiority. Along with other countries of the world, India is naturally in the competitive market of the technological trade along with all the baggage it brings in. India needs development but in her context development cannot be thought as separated from the ancient age-old cultural heritage, values and systems.
The real challenge before India is how much and what kind of modern technology she needs, she can adopt without jeopardizing her own cultural uniqueness. In this case also there are people advocating three different options- total acceptance, total rejection, or selective absorption. The choice we make will change the course of history.

It has to be done after careful study, proper evaluation and with great far sight in which the most mature; wise and unbiased minds of the country have to exercise their capacities. This is a critical phase not only for India but for all mankind.
There are certain considerations which have to be born in mind in this context. Cultures are organic systems and have their own law of “being and becoming”. They are qualitatively different from machines. While dealing with machines you can borrow from other machines and fit in to your own without injuring the functioning. But in organic system such borrow and fit approach will not work. It will destroy the system itself. So a mechanical approach will not do in this case. It is here that the danger in inter-cultural contact lies, particularly if one of the two is aggressive and dominating and the other submissive and tolerant. In the present global situation where the western paradigm is still the dominant one and India, though emerging in to lime light, is still at the receiving end. There is every danger of India becoming a borrower and a debtor thereby forgoing her ability and capacity to be an equal partner, much less an independent and equal contestant.

Another consideration is that unlike in the case of mechanical transplantation a selective borrowing of “nuts and bolts” which you are free to choose and fit, in an organic entity even a small part from another organic system comes along with some other aspects develops incompatibility, which may be injurious. Take the case of technology. If you blindly borrow a sophisticated technology, there are two dangers, one, there is bound to be conditionalities attached to bargain, another that might bring along with it much wider spectrum of not only the technological but also the cultural values .

That is what is presently happening. If this goes too far then we will be facing the danger of losing our cultural ethos and value systems along with our national identity.

When we look at the entire world scene, along with our national predicaments and the chances ahead, Shri Aurobindo‘s guidelines will be highly useful.

“The principle I have affirmed results both from the necessity of our nature and the necessity of things, of life,fidelity to our own spirit, nature, ideals, the creation of our own characteristic forms in the new age and the new environment, but also a strong and masterful dealing with external influences which need not be and in the nature of the situation cannot be a total rejection; therefore there must be an element of successful assimilation. There remains the very difficult question of the application of the principle, the degree, the way, and the guiding perceptions. To think that out we must look at each province of culture and, keeping always firm hold on a perception of what the Indian spirit is and the Indian ideal is, see how they can work upon the present situation and possibilities in each of these provinces and lead to a new victorious creation. In such thinking it will not do to be too dogmatic.
Each capable Indian mind must think it out or, better , work it out in its own light and power, as the Bengal artists are working it out in their own sphere, and contribute some illumination or effectuation. The spirit of the Indian renaissance will take care of the rest, that power of the universal Time – spirit which has begun to move in our midst for the creation of a new and greater India.”
To be continued…

(Page no-393-94, the foundation of
Indian Culture, Shri Aurobindo)