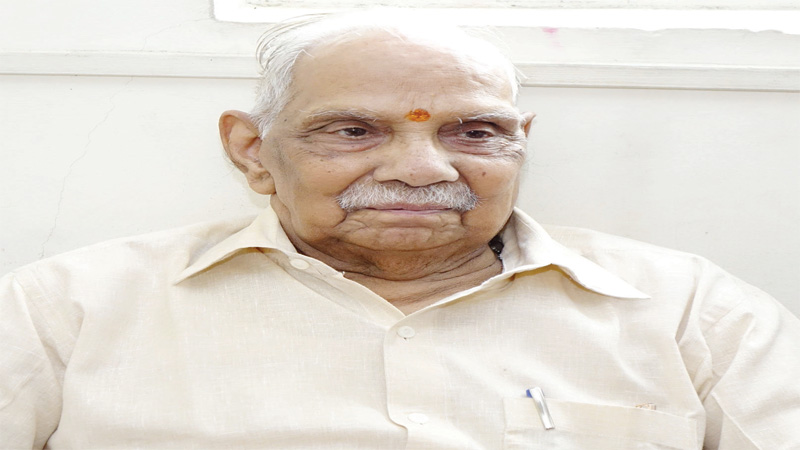 The current global paradigm which is basically Western (American) is crumbling from within due to the weakness of its foundation and unsustainability. It is also being attacked by external forces. The world is desperately in quest of a different paradigm which is both sustainable and fair to all.

During the last quarter of the previous century there were discussions about a “Third Alternative”. Shri. Dathopanth Tengdiji, a profound thinker, wrote a book “ The Third Way”. That was the time when there were two major paradigms claiming leadership of the world- the Capitalist and the Communist. Both were Western in origin though based on conflicting ideologies. But, the Communist paradigm collapsed in its own citadels, leaving capitalism triumphant and USA, its citadel claimed monopoly for reshaping a new world order showcasing itself as the only successful paradigm for the whole humanity. But, the celebration did not last long. The recent collapse of American Economy, bursting like a balloon played havoc, not only within America but also among the countries of the world, which had integrated with the American economy in different degrees. Fidel Castro, the architect of a distinct paradigm of development, has now candidly admitted that the Cuban model is a total failure. Countries of Europe – the erstwhile imperial masters, colonizing large parts of Asia and Africa, have miserably fallen behind.

World is in need of a new paradigm considering the chaotic conditions engulfing the globe. What we need is not an alternative paradigm, but a “True Paradigm” based on a globally relevant view and vision of life. Any paradigm presupposes a vision of Reality which inspires to reconstruct a world order. Vision depends upon the level of consciousness in which the visionary functions. The present chaotic, conflictual, exploitative, threatening scenario is a true reflection of the level of consciousness at which the leadership of the world operates. They cannot do better. All the machineries, all sophisticated instrumentations, all the economic and political apparatus, and all the cultural and civilizational structures, they have introduced are all the products of this consciousness. To have an alternative paradigm it is of utmost importance that the level of consciousness on which their conceptual framework functions must undergo corresponding changes.

The Western conceptual frame work, whether capitalist or communist, is basically materialistic. The changes they want to bring about are at the material level by re-arranging the resources, both human and natural, in such a way that an ‘ideal’ paradigm could be shaped . The concept of development and the concept of human welfare in all its aspects are measured in terms of material parameters. Needs, comforts and luxuries all indicate that varying degrees of material possessions. Man, for whose sake all development programmes are aimed at also, according to them, is a material being with the body as the main substratum. This is a highly partial and parochial view of Man. Enjoyment and a materially satisfying supply of goods and services is what they aim at. In the whole process they totally ignore that man is much more than an advanced animal. The same is true with the Western vision about the reality. They see a compartmentalized world with conflicting interests.

There is a general consensus across the world that humanity is facing a civilizational crisis. Many leading thinkers rank it as an existential crisis, which if not immediately averted can even spell doom for the human species. But this awareness is only at the rational or intellectual level. It has not sufficiently seeped into the emotional dimension with the result that although there is enough of discussions and debate, they are not matched by adequate operational agenda. When it comes to that there is no unanimity of approach. Cancun conference is indicative of this. Decisions are postponed and follow up are not undertaken.

It is also accepted that the crisis is the outcome of the aggressive western civilisational paradigm, mainly spearheaded by the world’s lone superpower, the USA. That much is conceded even in the European countries. The American model is basically and essentially materialistic and consumeristic. It has its roots in the biblical command by the Lord that the Nature is meant for exploitation by man for his comforts. The communist model has not succeeded in evolving a suitable solution for the ills of capitalism, the main reason being that it is equally materialistic. It is another version of Christianity turned upside down. It is only a reactionary fruit born out the root of capitalism.

Asian continent is on the rise. But Asia is not one united power nor has it one common civilization. There are two major contestants emerging as promising super powers, China and India. Among the two, China is ahead in many ways which compels world powers to rank China as the immediate winner. China is in all likelihood to dominate the world scene in the near future. But that is not going to be for a long time. The world will not like to be under a dominating superpower especially when it is dictatorial and not democratic. The outcome is, in all probability to be in India’s favour. It is only a matter of time. But meanwhile, India has to equip herself to play the role required and expected of her cultural and civilisational genius.

The really serious question that India has to face is what model of civilization and what fundamental values will India present before the world which is capable of providing a suitable alternative for the present crisis. It is not only a matter of theoretical or ideological paradigm but a practical and workable solution with a universal appeal. That means it should be sustainable and inclusive, tolerant and equitable. Such a model has to be evolved in all spheres of life so that the world could appreciate it and draw appropriate and useful parallels for their application also. This will be the main job for India for at least the coming generation. But the crucial question is whether the dominant policy makers is sufficiently or even vaguely aware of this mighty challenges we are facing? To be continued…