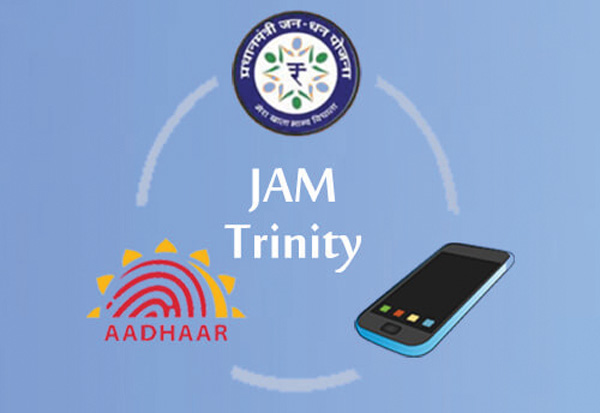 The JAM social revolution offers substantial benefits for government, the economy and especially the poor. The poor will have access to financial services and be cushioned against life’s major shocks. Government finances will be improved because of the reduced subsidy burden; at the same time, government will also be legitimized and strengthened because it can transfer resources to citizens faster and more reliably and with less leakage.

Three years ago today, Prime Minister Narendra Modi announced a flagship program: Pradhan Mantri Jan Dhan Yojana (PMJDY) aimed at providing financial services to the poor. These included opening bank accounts for the poor, giving them electronic means of payment (via RUPAY cards), and placing them in a position to avail themselves of credit and insurance. The vision underlying it was, of course, much broader: nothing short of ending the financial, and hence economic, digital and social exclusion faced by India’s poor. India’s poor would not only be able to overcome their economic deprivation but they would also become an integral part of the social mainstream. Three years on, the achievements have been remarkable along many dimensions.

6. As of March 2014, women constituted about 28 per cent of all savings accounts, with 33.69 crore accounts. As of March 2017, according to data from top 40 banks and RRBs, women’s share has risen to about 40 per cent. This includes 14.49 crore accounts opened by women under PMJDY, out of a total of 43.65 crore women’s accounts. This represents a sizeable and rapid growth in financial inclusion of women.

In addition to financial inclusion, the government has taken steps to provide security to the poor via life insurance under the Pradhan Mantra Jeevan Jyoti Bima Yojana (PMJJBY) and accident insurance Pradhan Mantri Suraksha Bima Yojana (PMSBY). As on 7th August, 2017, total enrollment was 3.46 crores under the PMJJBY and 10.96 crores under PMSBY. In both schemes, close to 40 percent of the enrollees are women.

The entire network created by the Pradhan Mantri Jan Dhan Yojana has also enabled implementation of the Mudra Yojana. As on 18.8.2017, Rs.3.66 lakh crores have been distributed to 8.77 crore beneficiaries. These monies have all gone into their bank accounts. But as it turned out, PMJDY and the other schemes were only the first step because in turn they have unleashed the “JAM” revolution. JAM, a term coined, and a vision conceptualized, by our Chief Economic Adviser, is nothing short of a social revolution because it has brought together financial inclusion (PMJDY), biometric identification (Aadhaar) and mobile telecommunications.

Today, about 52.4 crore unique Aadhaar numbers are linked to 73.62 crore accounts in India. As a result, the poor are able to make payments electronically. Every month now, about 7 crore successful payments are made by the poor using their Aadhaar identification. Above all, the government now makes direct transfer of Rs. 74,000 crore to the financial accounts of 35 crore beneficiaries annually, at more than Rs. 6000 crores per month. These transfers are made under various government anti-poverty and support schemes such as PAHAL, MNREGA, old age pensions, student scholarships etc. Now with the BHIM app and the Unified Payments Interface (UPI), JAM can become fully operational. A secure and seamless digital payments infrastructure has been created so that all Indians, especially the poor can become part of the digital mainstream.
The JAM social revolution offers substantial benefits for government, the economy and especially the poor.

The poor will have access to financial services and be cushioned against life’s major shocks. Government finances will be improved because of the reduced subsidy burden; at the same time, government will also be legitimized and strengthened because it can transfer resources to citizens faster and more reliably and with less leakage. Within reach of the country is what might be called the 1 billion-1 billion-1 billion vision. That is 1 billion unique Aadhaar numbers linked to 1 billion bank accounts and 1 billion mobile phones. Once that is done, all of India can become part of the financial and digital mainstream. Just as GST created one tax, one market, one India, the PMJDY and the JAM revolution can link all Indians into one common financial, economic, and digital space. No Indian will be outside the mainstream. This is nothing short of a social revolution.