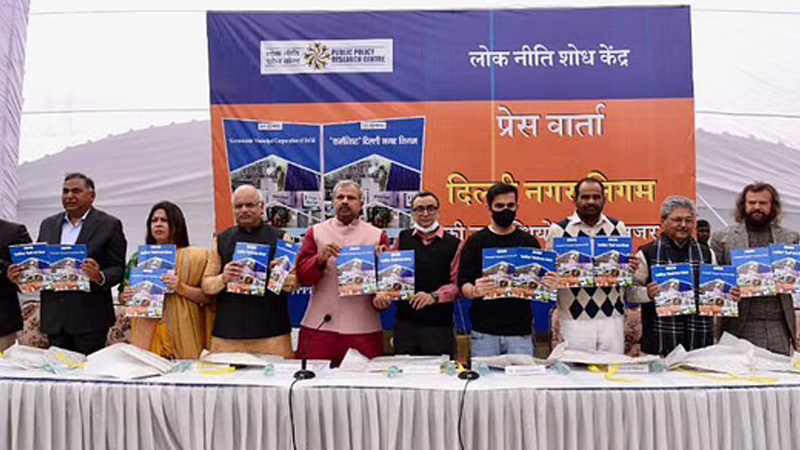 Unveiling the research report Delhi BJP President Shri Adesh Gupta said MCDs of Delhi serving the people with dedication despite AAP led Delhi Government’s failure to transfer the funds with an aim to paralyse the effectiveness of MCDs. The long pending Rani Jhansi flyover was completed; waste management and Public Health issues have been effectively addressed by MCDs by incorporating scientific measures. The medical infrastructure has been ramped up by the MCDs to make the capital city ready for any pandemic and medical emergency. He said, “Hence we can say that ‘Delhi MCD is Kartvyanishth as well as Karamnishth’”
Dr. Vinay Sahasrabuddhe said PPRC has undertaken various studies ranging from manifesto reviews to study reports to identify the issues and provide solutions for the same, taking into consideration the critical aspects of governance.