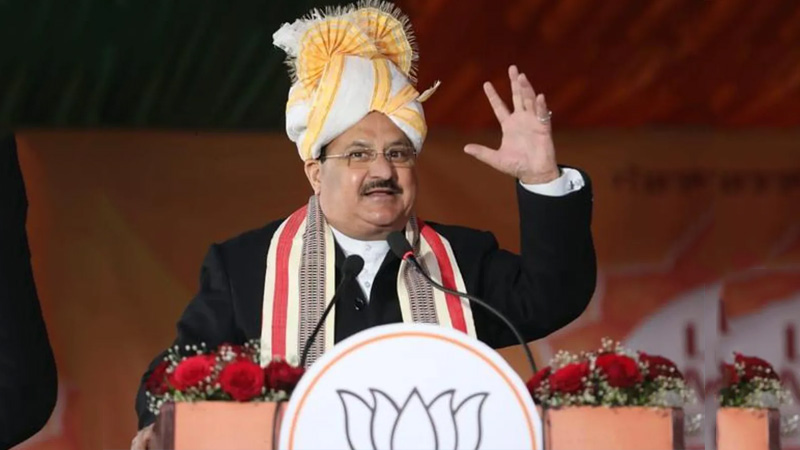 Ahead of the Manipur elections, BJP National President Shri JP Nadda addressed a huge ‘Kisan Samelan’ rally in Valpo, Manipur on 17 February, 2022. Shri Nadda said that five years ago Manipur was used to regular blockades and bandhs and lauded Chief Minister Shri N Biren Singh for transforming the state. “Five years ago Manipur’s situation was marred by blockades and bandhs but under Chief Minister Shri N Biren Singh we have transformed the state from blockades to development of every section of society”, he said.

In the past 5 years the BJP Government increased the state’s agriculture budget from Rs 150 crores to Rs 300 crores. We always believe in two way communication. Today I want to assure the business community that all your problems are our problems, and we are fully committed to resolve them.