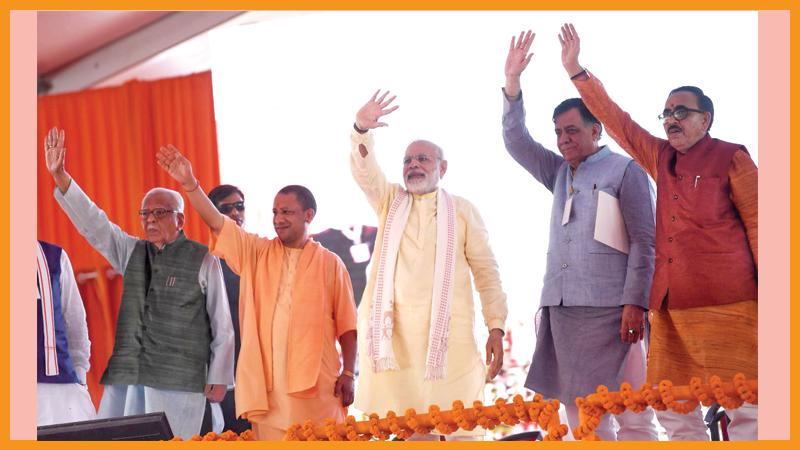 Prime Minister, Shri Narendra Modi on July 14 laid the Foundation Stone of the Poorvanchal Expressway in Azamgarh in Uttar Pradesh. On the occasion addressing a large public gathering, he described the occasion as the start of a new chapter in the development journey of the State. He praised the leadership provided by Chief Minister Yogi Adityanath in the State, and said the State Government is working to create an atmosphere conducive for development in the State. He said the State Government is working for the betterment of various sections of the society.

The Prime Minister said that the 340 kilometer long Poorvanchal Expressway would transform the towns and cities that it passes through. It would also provide swifter connectivity between Delhi and Ghazipur, he added. He said new industry, and institutions can develop along the Expressway. He said the Expressway would also boost tourism in the places of historical significance in the region.

The Prime Minister criticised attempts by certain elements to stall the law which would provide protection to Muslim women from “triple talaq.” Lambasting the Congress for stalling the law which provides protection to Muslim women from triple talaq Prime Minister Shri Narendra Modi said “I read in the newspapers that naamdaar (entitled) said the Congress is a party of the Muslims. I am not surprised… When the previous prime minister was in charge , he said openly that the first use of natural resources should be with Muslims.” Prime minister added,he had no issues if this is how the Congress president wanted his party to be. “But I want to ask the Congress – are you a party of only Muslim men but also of Muslim women,” he said, before lambasting the opposition of blocking the law in parliament that would make triple talaq a crime.

The Prime Minister said that the Union Government has also taken initiatives for the weavers of this region. In this context he mentioned modern machines, loans at low interest, and the Trade Facilitation Centre in Varanasi. He also mentioned initiatives taken by the State Government.