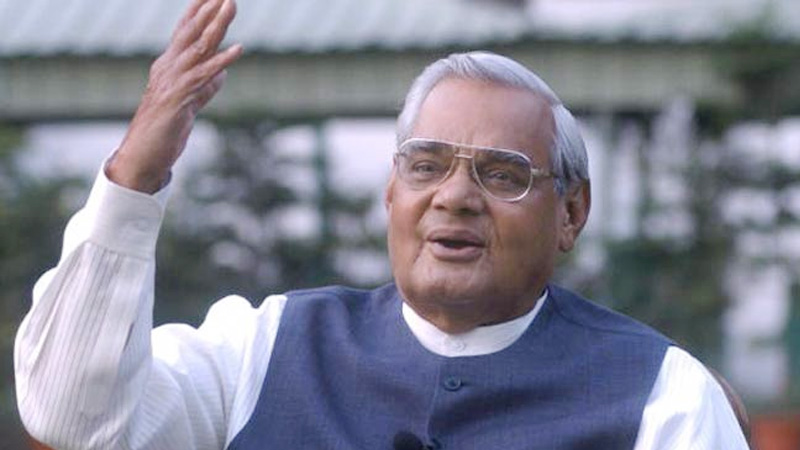 Born in the family of a humble school teacher on December 25,1924, in the erstwhile princely state of Gwalior (now a part of the Indian State of Madhya Pradesh), Shri Vajpayee’s rise in public life is a tribute to both his political acumen and Indian democracy. Over the decades, he emerged as a leader who commanded respect for his liberal worldview and commitment to democratic ideals.

Atal ji inspired generation after generation to contribute to the national life with intense feeling of patriotism and love for the nation. The political movement which started with the aim of giving alternative in Indian politics culminated in him as he became the first non-Congress Prime Minister of India who completed his full term in office. It was a history created under his leadership and a legacy cherished by millions of people in the country. A true statesman, democrate, a leader, a consensus builder and above all he was a gentleman in politics. He left for his heavenly abode on 16 August 2018 at the age of 93. We pay our rich tribute to the memory of our Atalji.