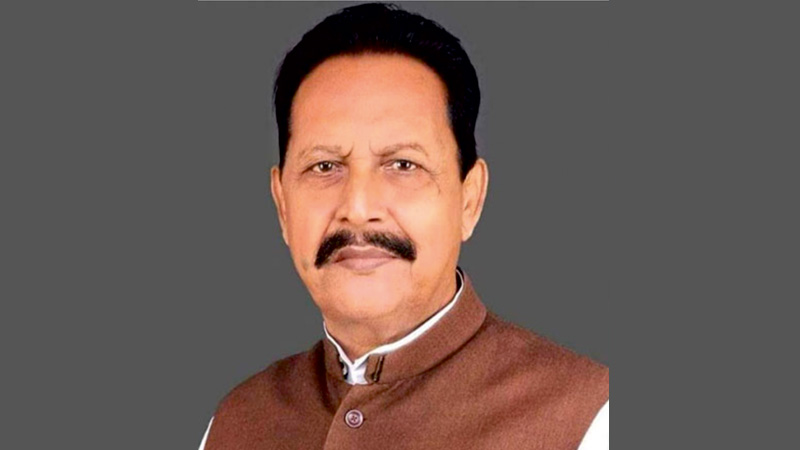 Former Bihar Minister, sitting MLA and BJP leader Shri Subhash Singh passed away on August 16 in Delhi. Shri Singh was not well for some days and was admitted to Delhi’s All India Institute of Medical Sciences (AIIMS). He was cooperative minister in the NDA government in Bihar.

Bihar BJP President Shri Sanjay Jaiswal wrote in a tweet, “The sudden demise of Shri Subhash Singh ji, BJP MLA from Gopalganj Sadar and former Cooperative Minister of Bihar Government is very sad. I pray to God to give place to the holy soul at his feet and give strength to his family members to bear this immense loss. om Shanti!”

Former Deputy Chief Minister of Bihar and Rajya Sabha Member Shri Sushil Kumar Modi said on the leader’s demise, “The demise of Shri Subhash Singh, a former minister of the state, four-time MLA from Gopalganj, at AIIMS Delhi is extremely sad. Shri Subhash Singh was a very assiduous, honest, duty-bound social worker. He had been battling kidney disease for the last 18 months. But eventually, he was defeated by death. His death is a shock to the BJP. May God rest his soul in peace.”
Former deputy chief minister Shri Tarkishore Prasad and Renu Devi also condoled the leader’s demise. Shri Tarkishore Prasad termed the Singh’s demise an irreparable loss to Bihar’s politics.

Born on 15 January 1963, Shri Singh was elected four times MLA from Gopalganj(Sadar). In the 2020 Bihar Legislative Assembly election, he defeated the Congress candidate and became a cabinet minister in the Bihar government. Earlier, he was elected to the assembly in 2015 by defeating Reyajul Haque, with a margin of 6500. In 2005 and 2010, Shri Singh won the assembly seat by defeating Rashtriya Janata Dal’s candidate.