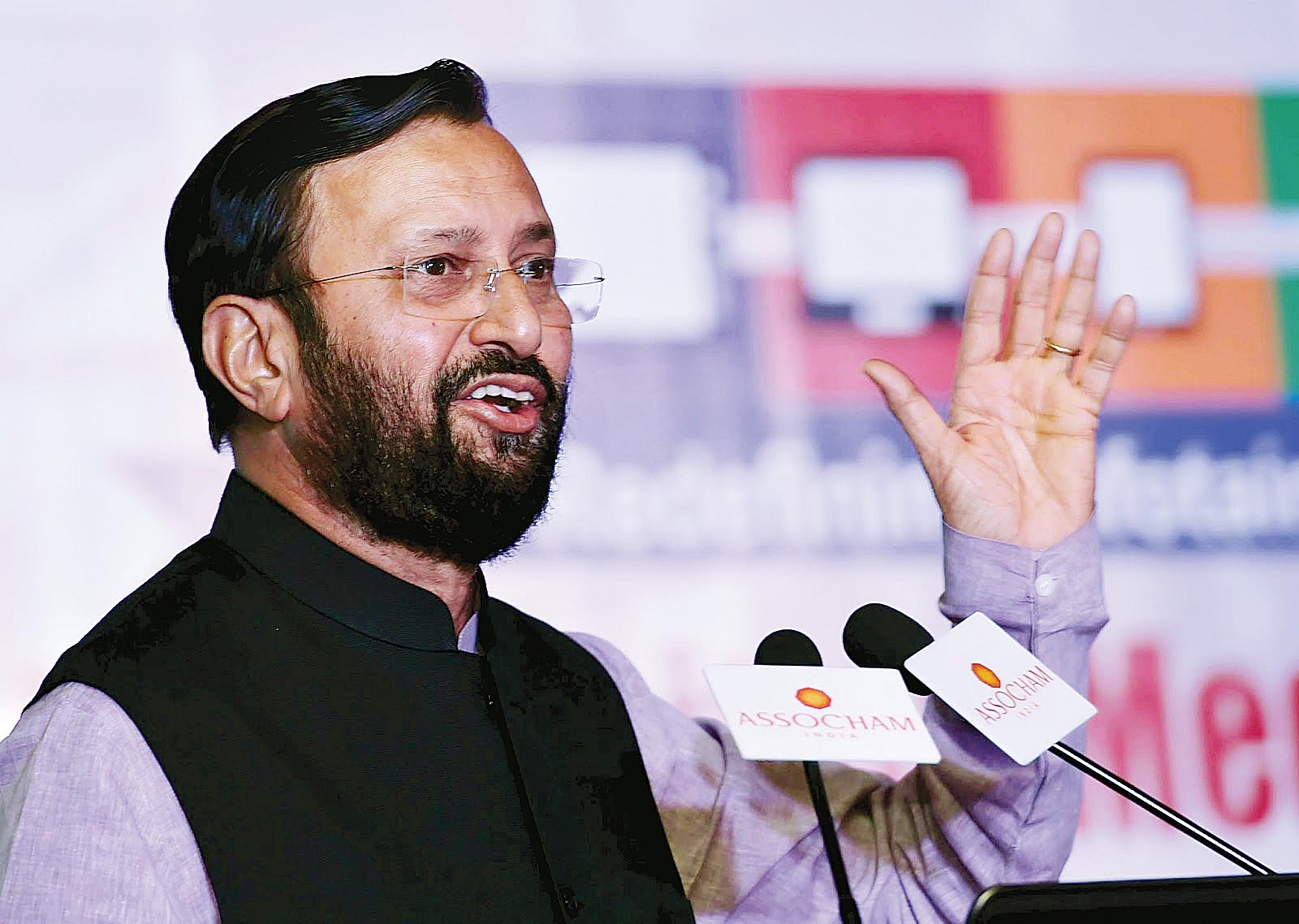 BJP`s unprecedented performance led to the formation of government in Manipur for the first time. BJP National President Shri Amit Shah had appointed Union Minister of Human Resource Development Shri Prakash Javadekar as election in-charge for the Manipur Assembly election.Associate Editor of Kamal Sandesh Vikash Anand talked to Shri Prakash Javadekar at length on the election strategy and issues raised during campaigning in the state. Here, excerpt of the interview is being published for our esteemed readers:

First of all, congratulations for formation of first BJP led government in Manipur.

I dedicate this congratulation to all our party activists. The people of Manipur have reposed faith in us which was made possible by the hard work of our party karyakartas.

In the last assembly, BJP had only two seats in which one MLA left and joined the Congress party. Now, the BJP has formed the government in the State. BJP emerged as the party which shared largest vote percentage. How this huge transformation was made possible?

I was election in-charge of BJP in Manipur in 2012 and this election too. The people liked Modiji`s good governance. The vote share in this assembly election in Manipur is much higher than earlier elections including 2014 Lok Sabha elections. The people of Manipur felt much more attracted towards BJP by three-four measures taken by the BJP government at Center. In Manipur there was always scarcity of LPG gas. The people had to pay 1500 rupees per cylinder in black market. With the formation of our government at center this scarcity was ended and supply was made sufficient and regular. Along with this the supply of petrol and kerosene was also regularized. Now people get gas at its original price and the black marketing has ended. Second thing is that the Manipur people used to get rice at 5.60 rupees per kilo. Our Central government through a scheme has provided rice at 3 rupees per kg.Some problems came in proper execution of the scheme due to the congress government in the state. But people were happy with declaration of the scheme. The plan and schemes for northeastern states prepared by Union government led by Modiji also left impact on the people of the state. On the other side, the people got disenchanted with the Congress. Manipuri people had no faith in the parties like Trinmool Congress, CPI etc. Due to all these factors, the people got attracted towards the BJP. Even they voted for BJP in local bodies elections in the state. That changed the mood of the people of the state.

Other thing the people appreciated was two highways. As Manipur is a landlocked state so other transportation facilities are not available. Other only option is airways. Therefore Shri Nitin Gadkari announced Rs 22,000 crore for these highways. The project included widening of national as well as state highways besides restoration, reconstruction and rehabilitation of roads and construction of two major bridges along National Highway 37.Along with this 15 kms railway line was laid down inside the state. Now transportation of goods have started smoothly. Within two years the line will come to Imphal. After 70 years of independence water is available to only 15% of population in Imphal. That, too is available in a week. To solve this problem we have made schemes.

The State was facing economic blockade which had halted economic activities in Manipur. The congress was spreading rumors that BJP was responsible for blockade. How BJP countered this conspiracy?

Actually it was a conspiracy hatched by the congress party government for diverting attention from its failure.

And second rumor was regarding NSCN(IM) framework agreement. The congress termed it as threat on territorial integrity of the Manipur?

There is no detail about the framework agreement. Congress Chief Minister tried to spread rumor about the agreement. Congress Chief MinisterOkram Ibobi Singh tried playing the card of dividing the people. He always tries before every elections to create divide and conflicts among Nagas, Kukis and Meiteis. Even people held Ibobi Singh accountable for economic blockade.The rumour fuelled anger among Meitei people. Then, we spread the message that in framework agreement there is nothing like compromising with the territorial integrity of Manipur. Our National President announced from Delhi that there will be no compromise with the territorial integrity of Manipur. Shri Amit Shahji gave slogan of band-free, blockade-free and corruption-free Manipur.

After that, the rally of Modiji was organized in Manipur. On the day of rally insurgents groups called for total bandh and declared ban on Modiji`s rally. In spite of this, lakhs of people thronged to the meeting to listen to their leader Modiji and gave befitting reply to terror outfits and made the rally a grand success. He said one thing in the rally that previous government was known for 10% and BJP government would be of 0%. He declared 100% governance and 0% commission. Under the leadership of Modiji, efficient party organization under the guidance of Amit Shah ji and efforts to take everyone together led to the formation of BJP government in the state.

Do you think AFPSA was an issue in the elections?

AFPSA was not an issue in the elections. We promised to give good governance, effective law and order, development and to create employment in the state. In spite of being a small state, the mandate in Manipur is very important to us. Manipur has become fifth state in north-east after Assam, Arunachal Pradesh, Nagaland and Sikkim, where we have formed governments along with our allies. Our next target is Meghalaya, Tripura and Mizoram. We are thankful to all those parties who are supporting us in the region.