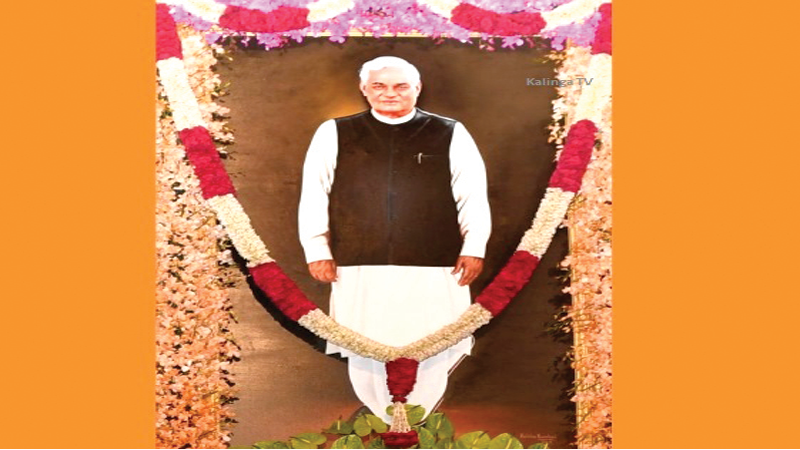 Describing Vajpayeeji as a “school of public life”, he said the former PM worked hard to speed up connectivity by pushing for highways, reforms in the IT and telecom sectors.

The President also felicitated Krishna Kanhai, the artist who made the portrait of Vajpayee.The portrait shows a smiling Vajpayeeji in his trademark ‘dhoti-kurta’ and sleeveless black jacket. Prime Minister Shri Narendra Modi said while people recall the oratory skills of Vajpayeeji, his silence had more power than his words. He recalled the famous pauses Vajpayeeji used to take in his speeches. (PTI)