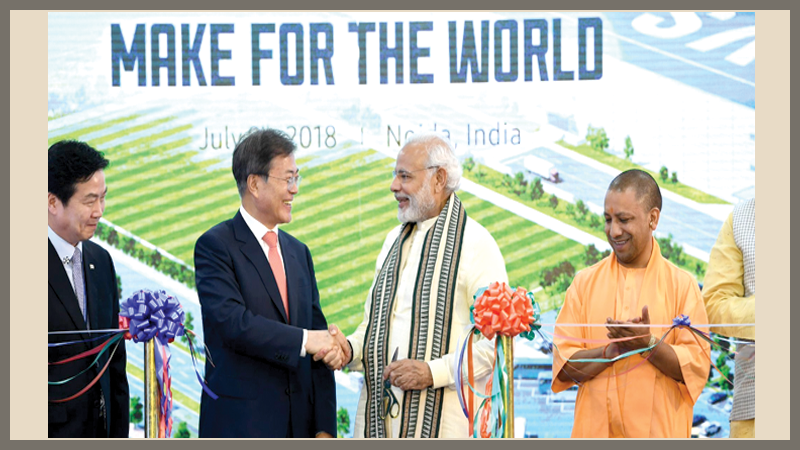 Speaking on the occasion, the Prime Minister described the occasion as a special one, in the journey to make India a global manufacturing hub. He said the investment of about Rs. 5000 crore, would not only strengthen Samsung’s business links with India, but is also significant in the context of the relationship between India and Korea.

He said the ‘Make in India’ initiative is not just an economic policy measure, but also a resolve of better ties with friendly nations such as South Korea. He said that there is an open invitation for businesses across the world, who wants to take advantage of the transparent business culture of New India. He said India’s growing economy, and rising neo middle class, create immense investment possibilities.

The Prime Minister noted that India now ranks second, globally, in the manufacture of mobile phones, with the number of mobile phone manufacturing factories rising from just 2, to 120, in about four years’ time. He said this has created lakhs of employment opportunities.