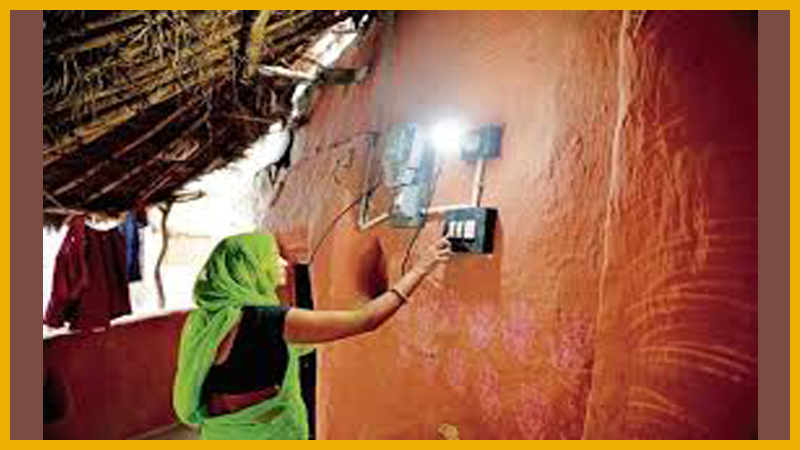 Prime Minister Shri Narendra Modi on 19 July, 2018 highlighted the success of one of his government’s marquee schemes, the Deen Dayal Upadhyaya Gram Jyoti Yojana (DDUGJY), that helped in bringing electricity to all of India’s 597,464 census villages on 28 April, setting the stage for universal household electrification.

While interacting with the beneficiaries from Manipur, Tripura, Assam, Jammu and Kashmir, Uttarakhand and Rajasthan through video-conferencing, PM Shri Modi said the, “lives of the people living in these areas were confined from sunrise to sunset. The light from the sun used to decide the hours of working for them; whether it was children’s studies, cooking, or any other domestic chores.”

In his Independence Day speech on 15 August 2015, PM Shri Modi had set a 1,000-day deadline to electrify villages that still did not have access to electricity. There were 18,452 unelectrified census villages in 2015 before the government allocated Rs 75,893 crore for the DDUGJY with the aim of providing electricity access to all villages. It was later found that another 1,275 villages also didn’t have access. “Previous governments made tall promises to bring electricity but never worked towards keeping their promises. In 2005, during the Congress government, Manmohan Singh Ji had promised to electrify all the villages in the country by 2009,” the PM said.

“The people, who have not seen darkness, don’t understand the meaning of illumination. Those who have not spent their lives in the darkness, they don’t realize the value of light,” PM Shri Narendra Modi said while adding that 28 April was a historic day when the national power grid reached the last Leisang village in the Senapati district of Manipur.

PM Shri Modi said that even as electricity has reached every village, the Central government is not satisfied. Now over next task is to provide electricity connection to every household in urban and rural areas of the country.