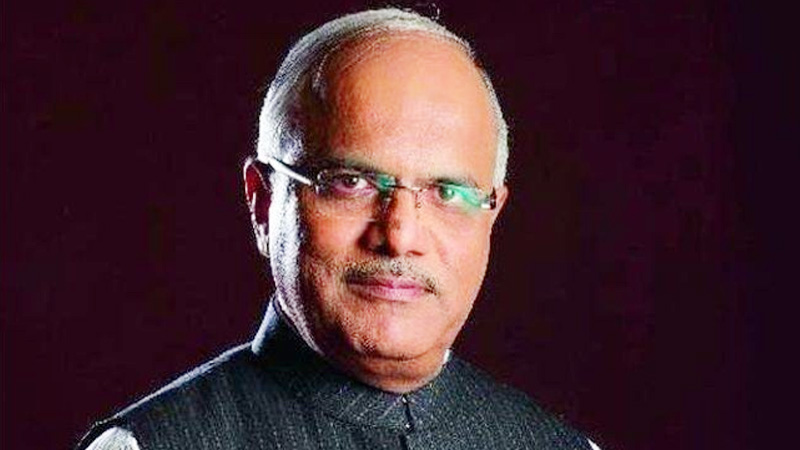 Mandates always have a message and it depends upon how the recipients read the same. This is true with the recent round of Assembly elections. In India, electoral verdicts have always underscored the fact that continuity and change always go together, and this round of elections is no exception. Voters have continued with the change-makers and sought to change those who wanted to continue with the status quo.

There are four lucid aspects from the clear and loud message from the voters. First, the Uttar Pradesh results in particular have shown that voters have graduated and risen above caste and community considerations and voted resoundingly in favour of a welfare-plus-development combination. From the V.P. Singh era onwards, the political discourse has been dominated by political engineering effected through smart social coalitions or social engineering. Now, democratic polity has been taken to a different level and the effective management of aspirations has replaced social engineering. People prefer a party that delivers on the ground than parties that ask for votes in the name of caste and community. Also remarkable is the fact that the decimation of the Bahujan Samaj Party in the State is indicative of the fact that Scheduled Castes have refused to be bracketed with a single community-based party.

No thumbs up for dynasties

The second important message is that the days of dynastic demigods are over. Voters have rejected dynasties one after the other, from the Badals to the Yadavs to the Banerjees, and, above all, the Gandhis. The Prime Minister, Narendra Modi, had all along on the campaign trail cautioned voters about Parivarvadi parties, and they seem to have paid heed to his appeal. In an aspirational democracy, people have realised that supporting the leaders of dynastic parties is like endorsing birth-based discrimination, something that our Constitution-makers had rejected lock, stock and barrel. Parties where the leadership is reserved for families have no glorious future any more, and the sooner dynasts listen to this message, the better it is for their survival. Let us hope that parties such as the Dravida Munnetra Kazhagam (DMK), the Shiv Sena, the Rashtriya Janata Dal (RJD), the All India Trinamool Congress (TMC) and the Nationalist Congress Party (NCP) pay heed to this message seriously. Make no mistake, the Aam Aadmi Party (AAP) is not, per se, a dynastic party although it is being run on the same lines almost single-handedly. Nonetheless, the victory in Punjab is also a clear rejection of a traditional alternative that has been a dynastic party.

The third message is about the politics of performance. Parties that ensure that their government delivers in governance, ably convert anti-incumbency into pro-incumbency. The Bharatiya Janata Party (BJP) has proved this several times in Gujarat, in 2019 in Maharashtra, in 2020 in Bihar, in 2021 in Assam, and now in Uttar Pradesh, Uttarakhand, Manipur and Goa. The BJP’s victory in all these rounds of elections was not simply thanks to a weak Opposition. In fact, the Opposition in U.P., Goa, Uttarakhand, or earlier in Gujarat or Maharashtra cannot be described to be weak at all. And yet, if people have unequivocally shown their preference for the BJP in these elections, it is a clear indication of pro-incumbency. Curiously, anti-incumbency had become the rule, a kind of status quo; now, this rule clearly stands changed. The fact that the BJP has increased its vote share in most States also underscores what the Prime Minister has described as ‘an endorsement of the BJP’s pro-poor, pro-active governance’.

The leader does matter

Lastly, the verdicts in 2022 also underscore that national leadership always matters no matter how small or big a State is. There have been many times in the past where political pundits have said that verdicts in national elections mirror aggregation of State politics. Today, the verdicts in 2022 remind us that State verdicts too reflect national aspirations. These elections happened under the shadow of COVID-19. Also, when voting rounds had actually begun, the shadow of the Ukraine crisis was looming large as thousands of Indian students were stranded there. Whether it was the novel coronavirus pandemic or Ukraine, the way the Government faced these challenges seems to have gone down well with the people across the country. This also is indicative of the fact that people all over India believe that the nation needs Prime Minister Narendra Modi’s leadership for many more years. The State verdicts reflect this feeling.

These election results are also important for democracy. As mentioned in the latest Pew Research Center survey report on satisfaction with democracy, ‘the global pandemic has, if anything, intensified perceived political and social divisions. Across the 17 advanced economies we surveyed in 2021, a median of 61% say that their country is more divided than before the outbreak’. And in India, in the first major elections held after three waves of COVID-19, people from diverse regions and far-off States seem to be speaking in one voice. Clearly, the Prime Minister has emerged as a unifier par excellence, across States, castes and communities. Having mastered the art of implementation, he has established that liberal democracy can go hand in hand with efficient state craft, making democracy deliver. All said and done, the 2022 verdicts are as much about credit going to the Prime Minister as they are about the BJP’s periodically galvanised organisation and its ideology-driven cadres.

(The Writer is President of ICCR and Member, Rajya Sabha)