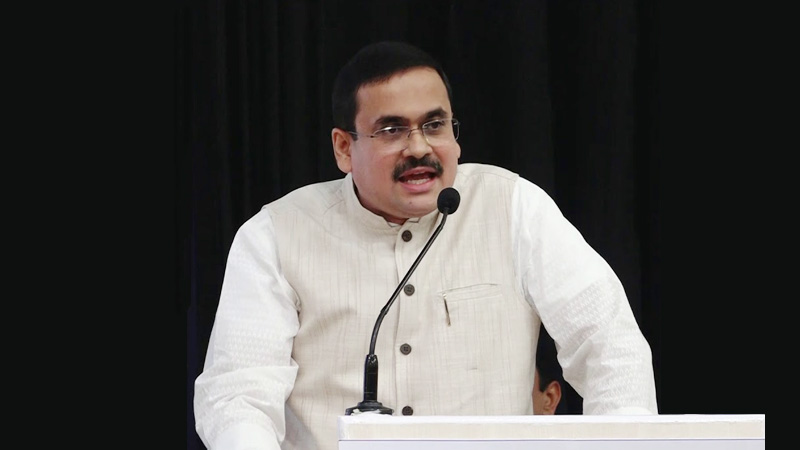 The just concluded local bodies poll across West Bengal was marred by violence, booth-capturing and intimidation of ordinary voters as well the workers of the opposition parties. The BJP’s workers and supporters were most affected by having to bear the brunt of the TMC’s attacks and tactics of disruption. The BJPs’ pleas to the Courts that municipal polls be held under the watch of the CAPF, were turned down by them.

The Courts had expressed their faith in the State Election Commission (SEC) saying that conducting of local polls in a free, fair and just manner was the SEC’s responsibility conferred on it by the Constitution and therefore it had to carry its duty. The SEC’s assurance to the Courts was mere lip service, the State Election Commissioner’s past record in conducting elections has been extremely poor. He has come across as incompetent and unwilling to impose the SEC’s constitutional powers for ensuring that the polls were held peacefully. His performance, this time round, was no different. He came across as completely incompetent and was seen to be working under the political thumb of West Bengal’s ruling party. Repeated complaints to the SEC that BJP candidates were being harassed, were being

In the case of veteran BJP leader from Konnagar, Hooghly, Krishna Bhattacharya, who was badly beaten up and mauled as she was returning home on the last day of campaign, these armed goon squads carried out near lethal attacks especially on BJP candidates, who were active, popular and had withstood threats

prevented from campaigning, their posters and party flags being torn and cast aside by the TMC’s violent brigade, were ignored. The SEC, under strict control of the ruling party, did not act and allowed the situation to further deteriorate. In a number of cases, goons attached to the TMC and the TMC’s local leaders pressurised and coerced BJP candidates into withdrawing their candidatures. Thus, in a number of local bodies the TMC formed the board without any opposition.

On the eve of polling, reports poured in from across the state of TMC, through its machinery, importing armed squads into areas that would go for polling the next day. These squads were housed in the locality, the police on being informed, looked the other way, and were reluctant to initiate any action. At times, like it happened in the case of veteran BJP leader from Konnagar, Hooghly, Krishna Bhattacharya, who was badly beaten up and mauled as she was returning home on the last day of campaign, these armed goon squads carried out near lethal attacks especially on BJP candidates, who were active, popular and had withstood threats. In such a surcharged and violent political climate, the polls were given a go-ahead and were held.

On the day of polling many realised on reaching the polling booth that their votes had been cast, some were turned away, others left the booth without voting once armed goons entered and started assaulting the booth agents of other parties and drove the polling officials out. BJP booth agents were driven out, unruly elements owing allegiance to and patronised by the TMC, who were brought into the areas from outside the locality, were let loose on the booths, the booth agents and the voters. These goon-squads then went out, at times pointing revolvers, at other times firing in the air. There were no queues before polling booths and yet the SEC claimed that voting was over eighty per cent and that “by and large’ polling was peaceful and orderly.

Giving a short-shrift to the democratic process, completely throwing to the winds any semblance of being democratic, Mamata Banerjee and her party carried out one of the most violence driven local bodies election in West Bengal. The West Bengal municipal polls stood in sharp contrast to the local body polls held in Assam and in Tripura, two neighbouring states, which were completely peaceful. It is evident that it is only a BJP led government and dispensation which can protect the democratic process, preserve its spirit and safeguard its Constitutional framework. West Bengal under the Left Front and West Bengal now under the TMC has repeatedly worked to desecrate the fabric of democracy. Mamata Banerjee has repeatedly suppressed the actual democratic voice of the people, she has repeatedly prevented the people from exercising their democratic choice and this latest round of local polls also was an exception. The results reflected her intolerance.

Far from expressing any regret over these unabashedly violent incidents, Mamata Banerjee insisted that the polls were peaceful, that they reflected the “peoples’ will.” On result day, it was clear that the mandate was not given by the people, but was the result of coercion and violence indulged in by the TMC. None of the secular liberals who have been extremely vocal in denouncing the “deterioration” democratic values in India under Narendra Modi, protested against Mamata Banerjee’s manhandling of democracy. Hardly any newspaper editorials were dedicated to this shameful phenomenon, very few columnists even wrote of it, the mainstream media in West Bengal completely ignored this vote by force method and falsely wrote on how Mamata Banerjee “won” the peoples’ confidence.

The recent Rampurhat mass killing in the district of Birbhum in which two factions of the TMC wreaked vengeance on each other, bombing, burning and killing women and children, having locked them up in their houses, has shaken the conscience of the nation. Prime Minister Shri Narendra Modi expressing extreme concern over the gruesome episode has asked people not to spare those who perpetrate such heinous crimes, he has called for the the fact that in a little over one-week West Bengal has seen 26 political murders, with elected representatives being shot and bombed, indicates that the TMC, having won a third time, is being driven with arrogance that comes after the administration and law enforcing agencies have been neutralised. Mamata Banerjee has done little to rein in her partymen leaders and their armed and violent factions. It serves her politics to keep West Bengal in the grip of fear and hostage to violence so that she can continue to rule by suppressing the people’s democratic aspirations and will. The Rampurhat massacre surpasses any such political mass-killing in recent history.

Increasingly it is becoming clear that India’s democratic present and her democratic future lies safe with the BJP. Each state ruled by the BJP has introduced a new governance paradigm and framework. Good governance, strengthening the democratic process, encouraging greater democratic participation at the grassroots has become the hallmark of BJP under Prime Minister Shri Narendra Modi. There is an increasing global acceptance that India is transforming at all levels and is emerging as a pre-eminent democratic power on the world stage under the leadership of Prime Minister Shri Modi. The BJP’s political adversaries and its intellectual denouncers have no model, no plan, no narrative to counter it. Their only act is to berate PM Modi and to drive a violent political agenda which aims at coercing the electorate to vote their way. The results in the just concluded Assembly elections and BJP’s historic win in the four states have also severely challenged that anti-democratic and violent mindset. The TMC’s politics and its lip-service to India’s democratic essence is increasingly getting exposed. In the course of time, people of West Bengal will be able to exercise their actual democratic choice and preference for the BJP and for Prime Minister Modi’s vision of a new India.