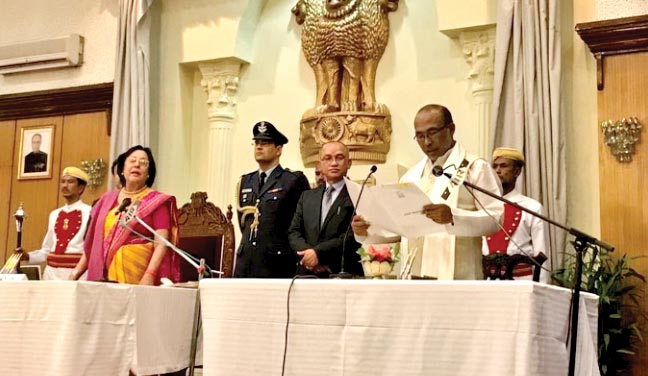 Shri Shyamkumar was originally elected on Trinamool Congress ticket. However, he backed Shri Biren Singh in front of the Governor.

The Bharatiya Janata Party, the NPP, the Naga People’s Front, Trinamool Congress and the Lok Janshakti Party are represented in the government.

“We definitely have genuine numbers, we have allies who were a part of the BJP government in the state and we have four per more votes than the Congress.

The BJP spokesperson said, “What is more important to form a government is the legislative majority which the party has by way of support from these parties.