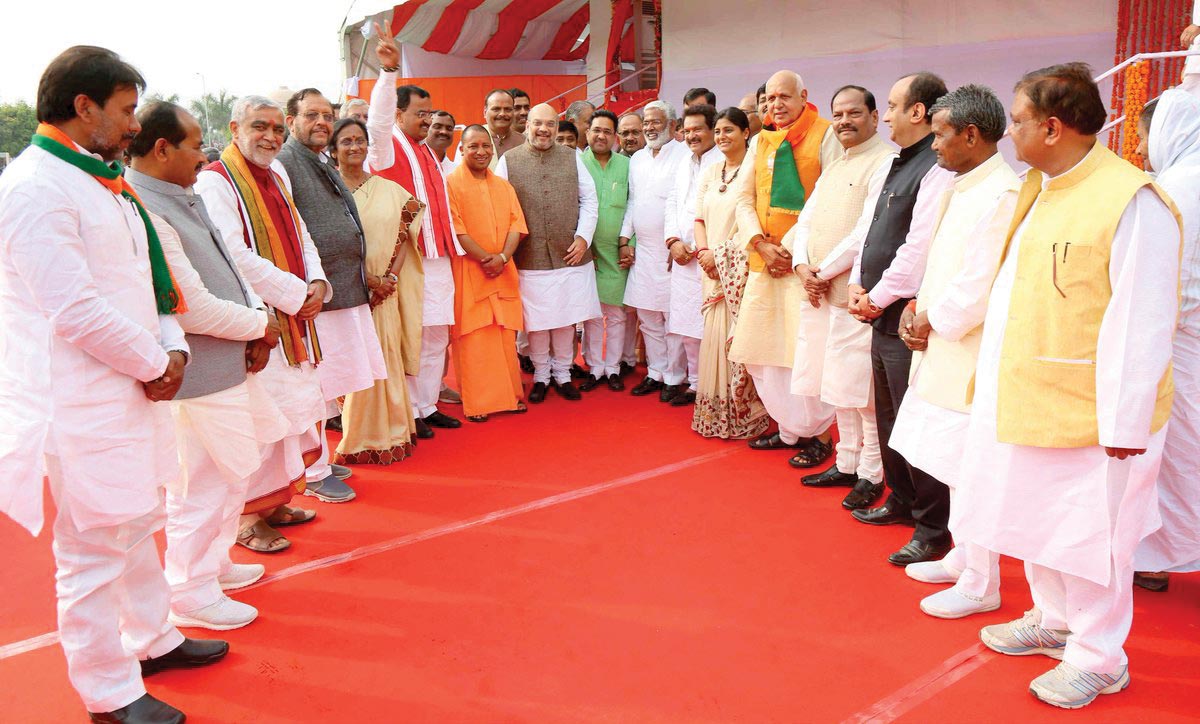 Five times Member of Parliament from Gorakhpur constituency Shri Adityanath Yogi was sworn-in as the 21st Chief Minister of Uttar Pradesh and the fourth from the BJP on 19 March, 2017 ending a 15-year hiatus. Before Shri Adityanath, Shri Kalyan Singh, Shri Ram Prakash Gupta and Shri Rajnath Singh of BJP had served as UP Chief Ministers.

After taking oath as the new Chief Minister in his first brief media interaction at the Raj Bhawan he said, “I would follow Shri Narendra Modi’s slogan ‘sab ka saath, sab ka vikas’ and ensure all round development of the country’s most populous state. I am confident that the state will march on the path of development”. He also said BJP government’s efforts would be to provide good governance in the state.

Shri C B Gupta, Shri Charan Singh, Shri N D Tewari, Shri Mulayam Singh Yadav and Sushri Mayawati have served as Chief Minister more than once. Sushri Mayawati has the distinction of holding the post four times, while Shri Mulayam was CM thrice. Sushri Mayawati and Shri Akhilesh Yadav have to their credit having completed a full five-year term. The BSP supremo has also served the shortest term of four months when she first took over the reins in 1995. 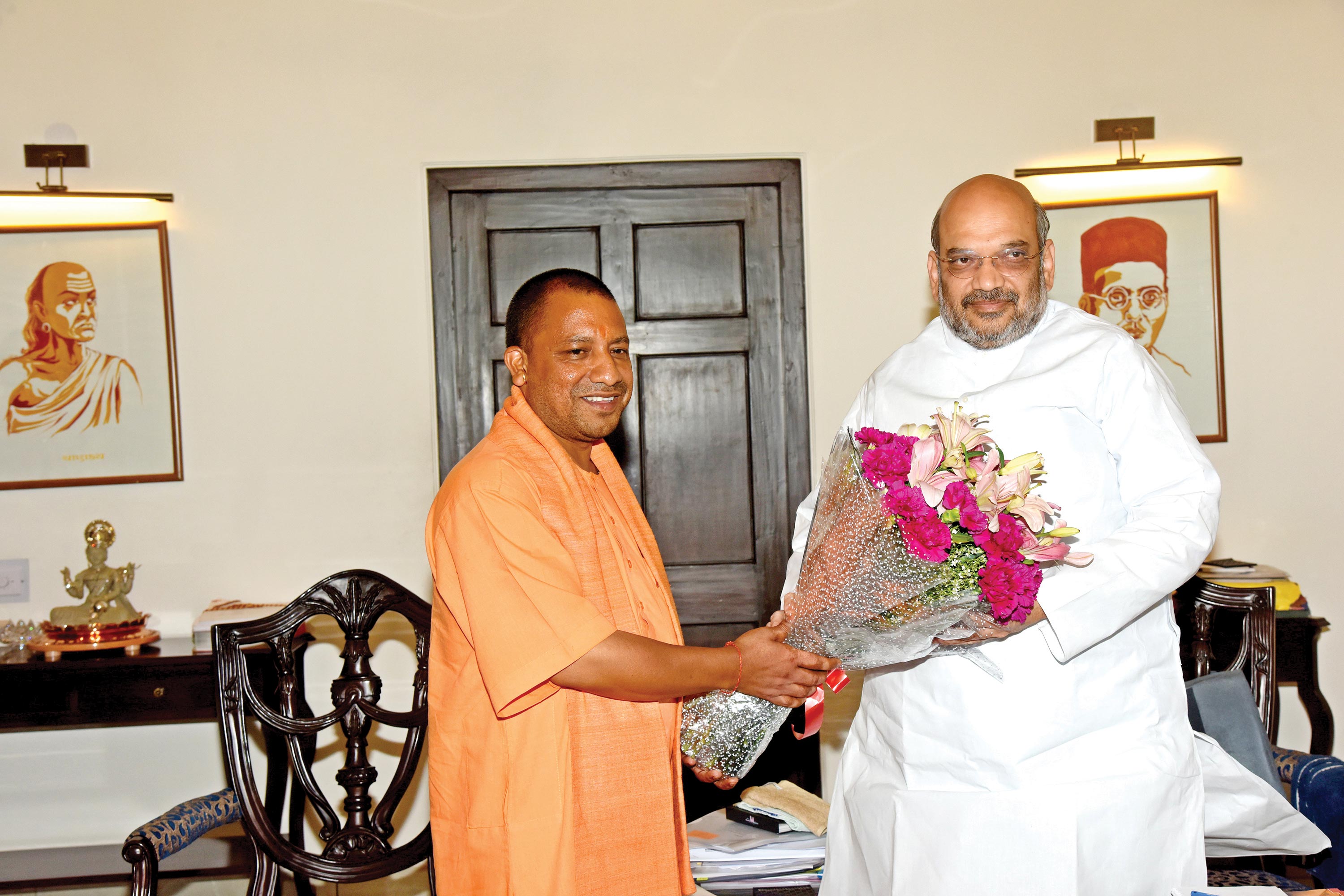 Shri Adityanath Yogi was born as Ajay Singh Bisht into a Garhwali family on 5 June 1972 in the village of Panchur, in Pauri Garhwal district of Uttarakhand (formerly in Uttar Pradesh). His father Shri Anand Singh Bisht was a forest ranger. He completed his Bachelor’s Degree in Mathematics from the Hemwati Nandan Bahuguna Garhwal University in Uttarakhand.
He left home around 1990s to join the Ayodhya Ram temple movement. He came under the influence of Mahant Avaidyanath, the Chief Priest of the Gorakhnath Math, and became his disciple. Subsequently he was given the name ‘Yogi Adityanath’ and designated as the successor of the Mahant Avaidyanath. While based in Gorakhpur after his initiation, Shri Adityanath has often visited his ancestral village, establishing a school there in 1998. Shri Adityanath became a the head priest of Gorakhnath Math and was promoted to the rank of Mahant of Guru Gorakhnath Temple, following the death of Mahant Aavaidyanath on 12 September 2014. Shri Adityanath Yogi was made Peethadhishwar of Gorakhnath Temple amid traditional rituals of the Nath sect on 14 September 2014.

Shri Adityanath was the youngest member of the 12th Lok Sabha at the age of 26. After his first electoral win, he started the ‘Hindu Yuva Vahini’. He has been elected to the Parliament from Gorakhpur for five consecutive terms (in 1998, 1999, 2004, 2009 and 2014 elections). Shri Yogi’s attendance in Lok Sabha was 77% and he has asked 284 questions, participated in 56 debates and introduced three private member Bills in the 16th Lok Sabha.