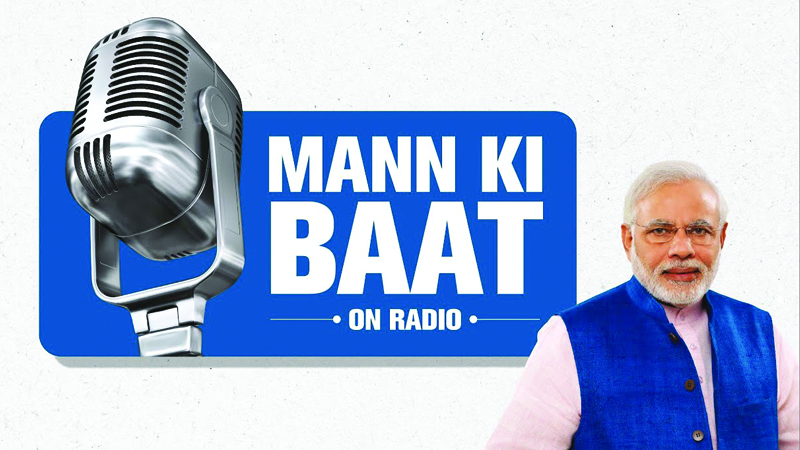 Team India is making new records everyday in the fight against corona : PM

Prime Minister Shri Narendra Modi on 26 September addressed the nation through his 81st Episode of Radio Programme ‘Mann Ki Baat’. He advised Indians to continue following COVID-19 related protocol and ensure high levels of vaccination against the disease ahead of the festival season. Prime Minister said regarding Vaccination that the country has made many such records which are being talked about the world over. He emphasized that every Indian has an important role in this fight we are publishing excerpts of the address for our esteemed readers:

My dear countrymen, Namaskar. You are aware that for an important programme, I have to leave for America…hence I thought it would be apt to record Mann Ki Baat, prior to my departure to America. The day of Mann Ki Baat this September is important on another count, date wise. Routinely, we do remember a lot of days; we even celebrate myriad Days…and if you ask young sons-daughters at home, they are likely to furnish out an entire list of Days of the year with their chronological relevance! But, there is one more day that all of us must remember; this day is one that is immensely congruent to the traditions of India. It’s one that connects us with our traditions that we have been following for centuries. That is – World Rivers Day.

• It has been articulated here – Pibanti Naddhah, Swayameva Naambha…meaning that rivers do not drink their own water…they give it away altruistically. For us, rivers are not mere physical entities; for us a river is a living unit…and that is exactly why we refer to rivers as Mother! Numerous festivals, festive occasions, functions of ours, occasions to rejoice take place in the very laps of these mothers.

• Earlier, at our homes, the elderly in the family would make children memorise the Shlok …this also led to germinating Aastha, faith towards rivers in our country. It would inscribe an illustrated map of the great land of India on the psyche. That used to establish an emotional connect with rivers. It would result in nurturing a harmonious credence towards the very river that embodied the Mother, sentimentally as well as visually…as a way of life too! It was a way to instill ‘Sanskaar’; the value system gamut.

• Friends, in order to rejuvenate rivers throughout the country; in order to cleanse waters, the government and social service organizations keep undertaking one endeavour or the other. And this is not about the present day; it is going on for decades now. There are some people who have dedicated themselves to these causes. And it is this very tradition, this very endeavour, this very faith that has saved our rivers.

• Friends, Bapu(Mahatma Gandhi) had connected cleanliness with independence; the same way he had made khadi the identity of freedom. Today in the 75 th year of freedom when we are celebrating the Amrit Mahotsav of Independence, we can say with satisfaction today that our young generation today is giving khadi the place of pride that khadi had during freedom struggle. Today the production of khadi and handloom has increased multiple times and its demand too has increased.

• Friends, in this period of Amrit Mahotsav, a campaign to disseminate to everyone the untold stories of the history of freedom is also going on… and for this, upcoming writers, youth of the country and the world were called upon. For this more than 13 thousand people have registered till now and that too in 14 different languages. And for me a thing of joy also is that non-resident Indians from more than 20 countries have expressed their wish to join this campaign. There is another interesting information- more than nearly 5000 upcoming writers are searching out tales of struggle for freedom.

They have taken the lead to write something on those who are unsung heroes, who are un-named, whose names don’t appear on the pages of history, on the theme of such unsung heroes, on their lives, on those events, that is the youth of the country have decided to bring forth the history of those freedom fighters who were not even discussed during the last 75 years. I appeal to all the listeners; I appeal to all those connected with the field of education. You too motivate the youth. You too come forward and it is my firm belief that during the Amrit Mahotsav of Independence the people who are working for writing history will make history as well.