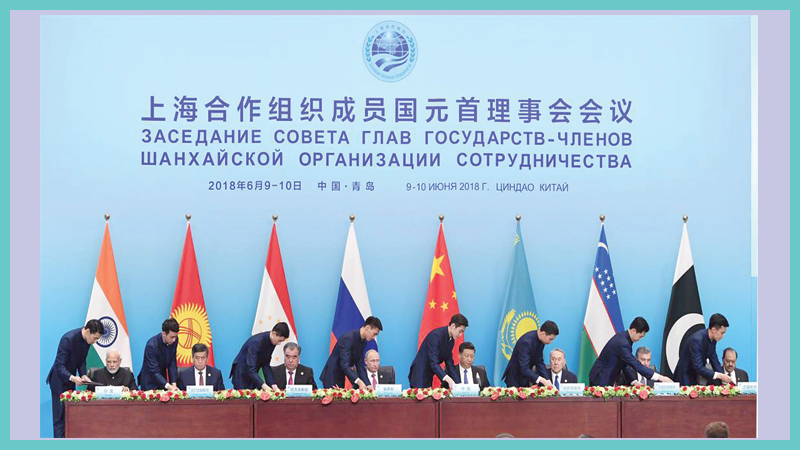 The Secretary General of the Shanghai Cooperation Organisation or SCO, Rashid Alimov, met Prime Minister Narendra Modi and held discussions with him on ways through which India’s participation can strengthen the bloc. The SCO currently has eight member countries which represents around 42 per cent of the world’s population and 20 per cent of the global GDP. Since 2005 india had been participated in SCO as Observer.

While addressing the SCO summit Prime Minister Shri Narendra Modi said that connectivity with the SCO nations is India’s priority. He added that enhancing connectivity with SCO nations India wanted to organize food festivals, Budhist festival. Shri Modi said said that mega-connectivity projects must respect the sovereignty and territorial integrityof countries and assured India’s full support to initiatives which ensure inclusivity. He indicated clearly India is against the One belt One Road as it passes through Pak occupied Kashmir which is integral part of India.