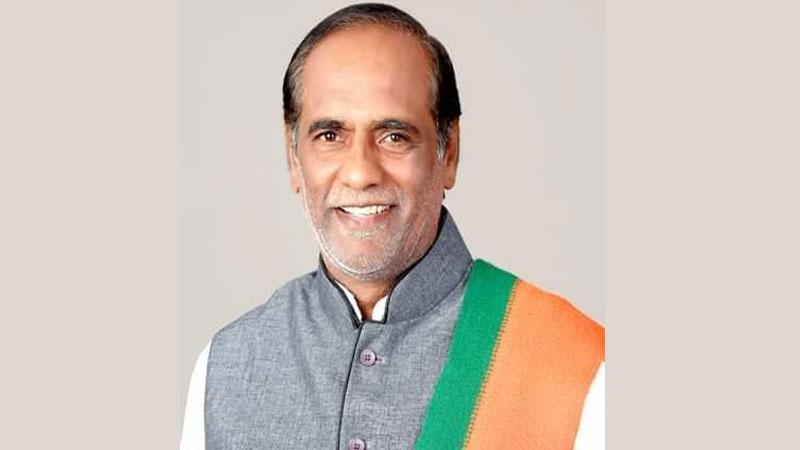 Dr. K. Laxman who recently assumed the charge of National President of BJP OBC Morcha belongs to the State of Telangana. Starting his political career as a youth leader, he joined ABVP at Osmania University and joined the BJP in the year 1980. He was the former State BJP President of Telangana from 2016 to 2020 and represented Musheerabad Assembly constituency twice as MLA.

In an exclusive interview with Kamal Sandesh Associate Editors Ram Prasad Tripathy and Sanjeev Kumar Sinha, Dr. K. Laxman revealed the historic and landmark decisions of Modi government for the wellbeing of OBC community and also shared his plans to reach out to the people at the grassroots level in the country to spread the welfare schemes of Modi government. Excerpts;

Modi government has taken several Historic and landmark decisions for the OBC community. As the National President of OBC Morcha, how do you view these steps?


The Narendra Modi government has taken many steps for the welfare of OBC category. It was Prime Minister Shri Narendra Modi who granted constitutional status to the OBC Commission, akin to the powers enjoyed by the SC, ST and Minority commissions, thus giving much deserved dignity and honour to the OBC category people. PM Shri Modi has also granted 27 per cent reservation to OBC students in medical colleges and inducted maximum number of Ministers from OBC community in Union Council of Ministers.

After a long time since independence, we have the Modi Government that is committed to provide due reservation both to backward and EWS category, by following the ‘Sabka-Sath, Sabka-Vikas, Sabka-Vishwas and Sabka-Prayas’ as the basic mantra to ensure cohesive development of the country.

Not only the OBC community but all weaker sections of the society have got enough opportunity and benefits under the Modi government.

While the caste-based political parties are only bothered about aggrandizing their own families rather than giving serious thought about the plight of the socially and economically disadvantaged sections, it is the BJP government under the decisive and dynamic leadership of PM Shri Narendra Modi which has implemented on the ground the principles and ideals of Baba Saheb Dr. Bhimrao Ambedkar. Not only the OBC community but all weaker sections of the society have got enough opportunity and benefits under the Modi government.

In a far-reaching and significant decision, the Modi government granted 27 per cent reservation to OBC community students in PG and UG courses in medical colleges. What will be its implications?

During the last seven years PM Shri Narendra Modi has brought revolutionary changes in the medical education sector while giving priority to social justice. In this series, the union government has granted 27 and 10 per cent reservation to OBC and Economically Weaker Section (EWS) students respectively in PG and UG courses in medical colleges across the country.

With this landmark decision, approximately 1,500 OBC and 550 EWS students will be benefitted every year from current academic year 2021–22 onwards in getting admissions. Similarly, in the PG courses in medical colleges 2,500 OBC category students and around 1,000 EWS category students will be benefitted in admissions.
The Central Government has also increased annual income norms for pre-matric and free annual coaching scholarships for students of SC and OBC categories. The government has also given massive hike in pre-matric scholarships for OBC category students. In KV, Navodaya and Sainik schools’ reservation will also start from this year and the creamy layer cap has increased from 6 lakh to 8 lakhs. Due to these schemes a great deal of benefits are now being availed by the students of our OBC, SC and ST communities across India.

In Modi government 70 percent ministers come from SC,ST and OBC communities which has never happened before. OBC Morcha also felicitated 27 ministers of OBC community recently. In this context, how significant is the induction of so many ministers in the Union cabinet?

Yes, true. Now the union council of ministry consists of 70 percent of ministers from SC, ST and OBC communities drawn from varied geographical spread from across the country which never happened before. Today, 35 percent of the ministers in the Union government are from the OBC category.

As you know, the Opposition did not let Prime Minister Shri Modi to introduce newly inducted ministers to Parliament, so the OBC Morcha has decided to honour and give public reception to the newly inducted 27 Central ministers hailing from the backward classes, first in New Delhi and later in their respective State capitals later this month.

After you assumed charge, what would you count as some of the major achievements of the BJP OBC Morcha?

In organizational front, after formation of the OBC Morcha National executive committee, four meetings were held during this period. The National Executive meeting was held under the chairmanship of BJP National President Shri JP Nadda in New Delhi.

The focal point of each and every scheme and programme of the Union Government are the poor, weaker sections, backwards sections of the society.

Secondly, in all 28 states OBC Morcha Samities were formed. We have focused to form OBC Morcha in Districts and Mandals and to our satisfaction till date in almost all the districts of the country and in around 8000 Mandals the OBC Morcha has been formed.

Thirdly, we have felicitated the newly inducted 27 Central ministers hailing from the backward classes in New Delhi under the Chairmanship of BJP National President Shri JP Nadda and we have taken a decision to organize ‘Jan Ashirwad Yatra’ with the ministers in their respective States.

What are the future plans of BJP OBC Morcha?

Prime Minister Shri Modi holds the country as his family. The focal point of each and every scheme and programme of the Union Government are the poor, weaker sections, backwards sections of the society. ‘Antyodaya’ is the resolution of our Prime Minister and his mission is to create an equitable and just society where there is no division on the basis of caste, creed or religion. Be it the ‘PM Awas Yojna’, ‘Ayushman Bharat Yojna’, ‘Jan Dhan Yojna’, ‘Ujjwala Yojna’ or other socio-economic welfare schemes have helped every section of the society including OBC, SC, ST, women and poor people.

The OBC Morcha intends to interact with all the sections of the OBCs in the country and explain to them the benefits they can reap from these Central schemes.
We also plan to reach out to the people at the grassroots level in the country and bring maximum number of OBCs to the party fold to strengthen the party’s presence across the country.