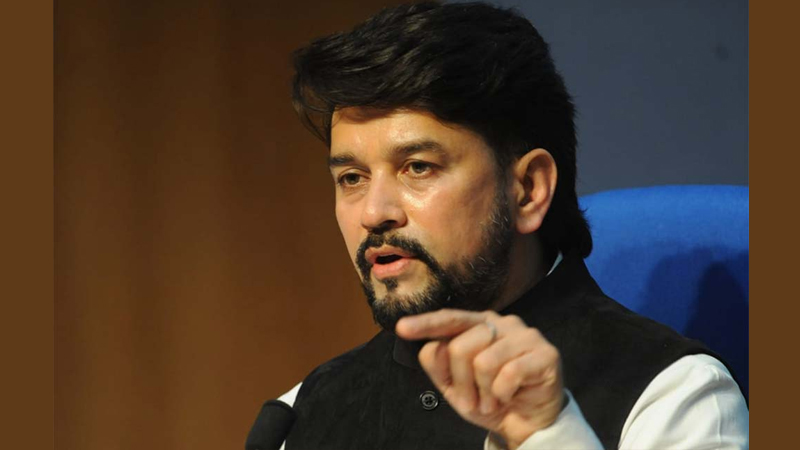 In the era of global epidemic, many challenges were faced by the whole world. How will the country meet those challenges through this budget?

This was such a big challenge before the world that due to the Covid-19 epidemic, many countries of the world were confused about what should be the priority? Some considered the economic activities as a priority and did not put lockdown. The condition of those countries is in front of you. And some countries did lockdown but still could not save many lives. But India at the same time put lockdown and extended its capabilities under the leadership of Prime Minister Shri Narendra Modi, and we faced this challenges bravely, and this is the reason we have lowest mortality rate among the countries.

India has made a remarkable achievement by producing ‘Made in India’ vaccines, A provision of Rs 35 thousand crore has been made in the budget for vaccination, an unprecedented increase of 137% has been made in this budget in the health sector. How much positive impact will this have on the country?

Our first priority was to save the life of every Indian, to increase our strength and to make an effort to develop a vaccine. Earlier we did not even have a single PPE kit, but we tried to produce them instead of importing it. On the other hand, at the testing lab front, we had started with a single testing lab, but today we have more than 2,400 lab operational. Today, we can do more than 12 lakh tests per day. So Covid has taught us a lot. Our first challenge was ‘Jaan hai to jahan hai’ and second ‘Jaan bhi jahan bhi’ we worked on both the mantras. The biggest success is that we are now exporting PPE kits today and have developed not one but two Covid vaccines and successfully placed with those select countries of the world which have developed the vaccine. We are also delivering the Covid vaccine to more than 100 countries. On the other hand, by providing funds to the medium- small-micro industries and by taking a lot of steps, we have ensured that the businesses did not stop, there was no any bigger job cuts and we also kept the Indian economy moving forward. We have also given 20% additional amount of 3,00,000 crore rupees through banks without any guarantee. Many such revolutionary steps were taken which benefited the economy as well as our industry.

There has been talk of six pillars in the budget. Under this, an unprecedented decision has also been taken for infrastructure. How this step will benefit our country?


Certainly, today the economy needs investment, the positive environment is created only when the government invests. The government has increased the expenditure by about 35% to Rs. 1,18,000 crores in roads, Rs. 1,10,000 crores for railways, Rs. 50,110 crores for Jal Jeevan Mission, Rs. 2,23,000 crores for health that too with 137% increase, for laborers 73,000 crore rupees allocated for MNREGA, 65,000 crore rupees in Pradhan Mantri Kisan Samman Yojana, a provision has been made to buy 20,000 buses to strengthen the automobile sector, so that the poor man gets the benefit of traveling in good buses, and doubling the number of metro train.

All these will ensure that people will get good facilities, will also generate employment opportunities and the economy will also get required acceleration. So surely this is the only way out,if we go by the past experiences globally, then it is quite evident that even when we faced the disaster like situation 500 years ago, even then the King or Maharaja used to spend so that the people get money and get employment. Even today, it becomes the responsibility of the government to spend more so that employment opportunities is generated and this will also encourage private sector to invest more. And even in the Covid era we have received considerable amount of FDI. We have some schemes in 10 sector which will provide employment and will receive good investment. We have talked about the Mega Textile Park, it will also generate employment. So the main goal of the government is to focus on the areas which can generate employment. And now we can see an upward trend and India can become a leader.

Under the inclusive development for aspirational India, many schemes have been made for the farmers, labourers and the underprivileged, how will this be implemented?

The government will take every step which is beneficial for the farmers, labourers and the disadvantaged sections for inclusive development. For this, many schemes have been prepared which will be implemented by almost every ministry. For SC-ST, there has been an increase of about 5% in every ministry, when combined with all the ministries, it becomes much more. The government has made comprehensive plans to promote youth in all areas.

During Covid, every section of the society has been given some benefit such as those hotels which come in small scale industries were given additional assistance of 20%. Bankruptcy limit was raised from one lakh to one crore and budget arrangements have been made to establish cold storage chains in the country. Today, we will spend to build a self-reliant India. This is such a transparent budget in which something has been done for everyone and the future of India is also being seen in this budget. Capital expenditure in India as a country in the global epidemic has received a lot of attention. This will create more jobs, our objective is “Borrow, Built, Monetize and Repay”.

How will the goal of Self-reliant India be achieved through this budget under the visionary leadership of Prime Minister Shri Narendra Modi?

If you look at international organizations, the IMF said that India’s growth rate will be 11.5%, RBI said it will be more than 10.5%. So the organizations of the world have kept the growth rate of India in double digit, it is a good thing in itself. Because the steps we have taken after the declarations of self-reliant India, whether it is for the power sector, coal sector, agriculture, defense production, space sector or mining, all these steps show the result soon. Even we have not seen so much reforms in 90s that we have done during the disaster. PM Shri Modi saw the opportunities in the disaster and gave a boost to the Indian economy. That is why GST collection has been more than one lakh crore in the last 4 months and in January it was about 1 lakh 20 thousand crore. That is why countries around the world say that there has been a V-shaped recovery in India, the main reason was that India won the battle against Covid. All the work that has been done so far, whatever steps have been taken to bring the economy back was a haunting task which people had not even imagined.

It takes time for any economy to grow like you saw India took only 5 years to become the sixth economy from the 11th economy in the world. In the same way our efforts were continuing, but the whole year was spoiled due to this global disaster. It takes time for any major economy to bounce back, but the steps we have taken have seen the rapid recovery. It was a good budget, that’s why the stock market increased by more than 2200 points on the first day and by 1200 points on the second day, and now the market has trending over 50,000 mark. All this shows that the sentiments in the market is good and investment also increases after taking these steps. This budget will be a strong step moving towards a self-reliant India under the leadership of Prime Minister Shri Narendra Modi.