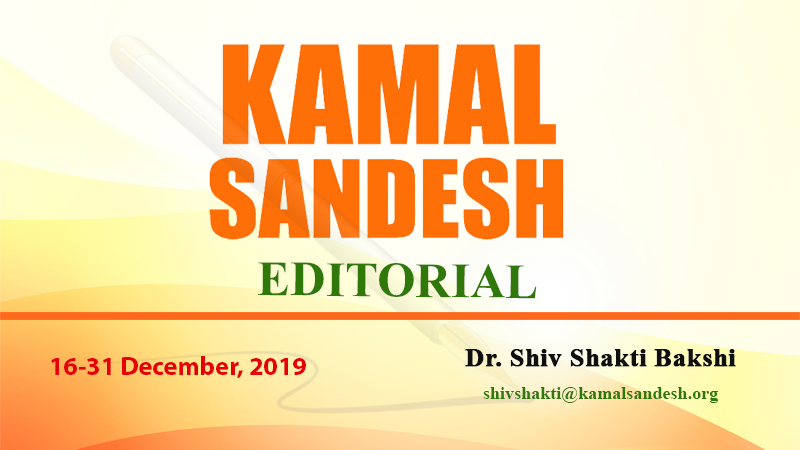 The Modi government at the centre will be known in the history for resolving longstanding problems in the country with great acumen. These were the problems which were considered impossible to find solutions and continued to stunt the onward march of the nation. These were the problems which required strong political will, unflinching commitment, single minded determination, long-term vision and national interest in the heart to resolve. The problems were further compounded by blocking all attempts to resolve them and connecting them with various vested interests and vote-bank politics. These problems continued to create suspicions, divisions and animosity in the society while alienating the people into hopelessness and despair. It appeared that India as a nation was unable to resolve its problems and the system was ridden with contradictions and the kind of complexity in which any attempt to find real solutions will face resistance and create mayhem and chaos in the society. But the decisions taken in the dynamic and charismatic leadership of Prime Minister Shri Narendra Modi has laid the foundation of a strong India and paved the path of future progress and development.

Apart from launching a large number of innovative welfare programmes for the poorest of the poor of the country, the Modi government has taken many political decisions which have created an environment of hope and trust in the country. One of the most shining example of the political commitment and determination of the government can be seen in the manner in which Article 370 was amended and implemented on the ground. It was always considered impossible to find a solution of the Kashmir problem and stop further alienation of the people of the state from the rest of India, but the government showed it was possible. The issue of Triple Talaq was avoided under the immoral pressure of the politics of appeasement but the stand taken by Modi government strengthened the case of gender justice facilitating the liberation of Muslim women from the scourge of such inhuman practice prevalent in the society. There were continuous attempts to block the judicial process and in paving the way for the building of grand Shri Ram temple in Ayodhya but the judiciary has come out with a verdict which has resolved this longstanding issue creating peace and harmony in the society. The issue of NRC which was pending for a long time was taken up with all sincerity in Assam only under the BJP leadership which is committed to address the situation in the state and in the nation at large. In one of the most significant decisions the Modi government has ended the VIP culture in the country. These historic decisions have changed the political landscape of the country.

In the current session of parliament the Modi government has taken many more historic decisions. The passage of Special Protection Group (Amendment) Bill 2019 in the parliament has proved that the law in the country is not exclusively for a family but in accordance with the professional principles based on true democratic ethics. It cannot be treated as status symbol for anyone but as per the threat perception and assessment of the situation. Similarly the Citizenship Amendment Bill 2019 also seeks to correct a historical wrong and give relief to the persecuted minorities of Pakistan, Bangladesh and Afghanistan. The ways in which Congress and its allies have tried to oppose these bills have further exposed the vote-bank and appeasement politics of these political parties in the country. The Congress has failed to rise to the occasion in repenting for the historic blunder of partition for which it is responsible. The people will teach Congress a much bitter lesson in the days to come. Prime Minister Shri Narendra Modi should be congratulated for showing the political will and determination in resolving the longstanding problems that nation faced for decades and BJP National President and Union Home Minister Shri Amit Shah should be applauded for his commitment in successfully implementing the vision for a New India. Now the time has come to take the nation to newer heights with commitment, dedication and hard work.