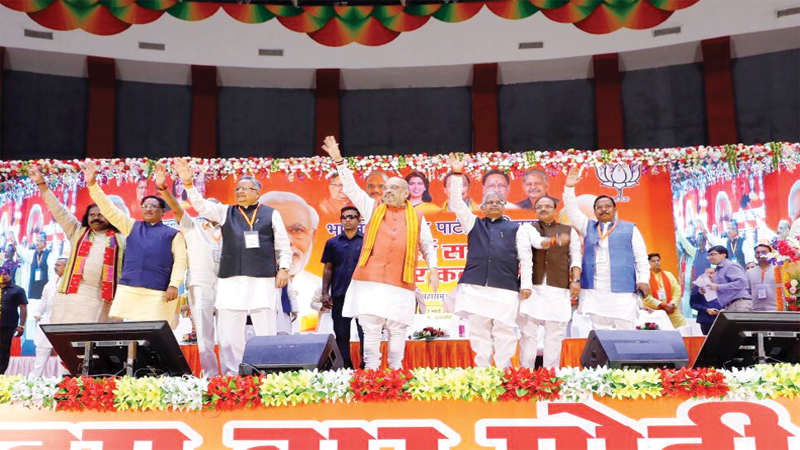 “Now again it is the Congress government in the state,” he added while addressing the last of a series of booth-level party workers meetings organised at Balbir Singh Juneja Indoor Stadium, Raipur.

Motivating party workers, he said “BJP party workers have the ability to rise from the ashes like a phoenix. The defeat in the state is nothing but a chance to rise again. This requires hard work. Reach out to ground level to install Modi government again at the Centre with a massive majority.”

Citing his own example, he said, “BJP from a mere 10- leader party has expanded to 11 crore party workers, biggest in the world. The party can make even a booth level worker as its national party president.”

Lauding party workers, he said, “They (party workers) know about their responsibilities and they keep aside their work, family and children for the party during the election. BJP is the only party that has the highest number of MPs, MLAs, Zila Panchayat members, municipal Councillors and chief ministers and 16 state governments in the country.”

“The BJP always try to reach out to the last man in the society imbibing the teaching of party ideologues like Pt. Deendayal Upadhyay. Similarly, Raman Singh government worked for all sections of the people,” he said.

Attacking Congress led state government he said, “People have realised within two months as to how it’s functioning. The first step it took was banning the CBI so that it can indulge in scams without the fear of being investigated. The Ayushman and other schemes have been dropped, denying their benefits to the people.” He also dwelt on other current issues such as Pulwama attack, Ram Mandir among others.