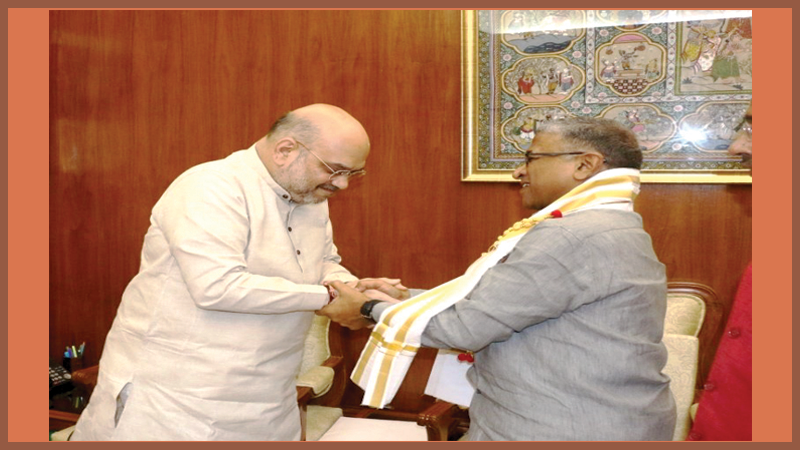 While Harivansh Narayan Singh secured 125 votes, Hariprasad got 105. The post of Rajya Sabha Deputy Chairman has been lying vacant since the retirement of P J Kurien on 01 July. After the election Shri Harivansh thanked the Members for electing him. He promised that he will fulfill his duties to the best of his abilities. Leader of the House Shri Arun Jaitley and Parliamentary Affairs Minister Shri Ananth Kumar escort Shri Harivansh to his seat next to Leader of the Opposition Shri Ghulam Nabi Azad.