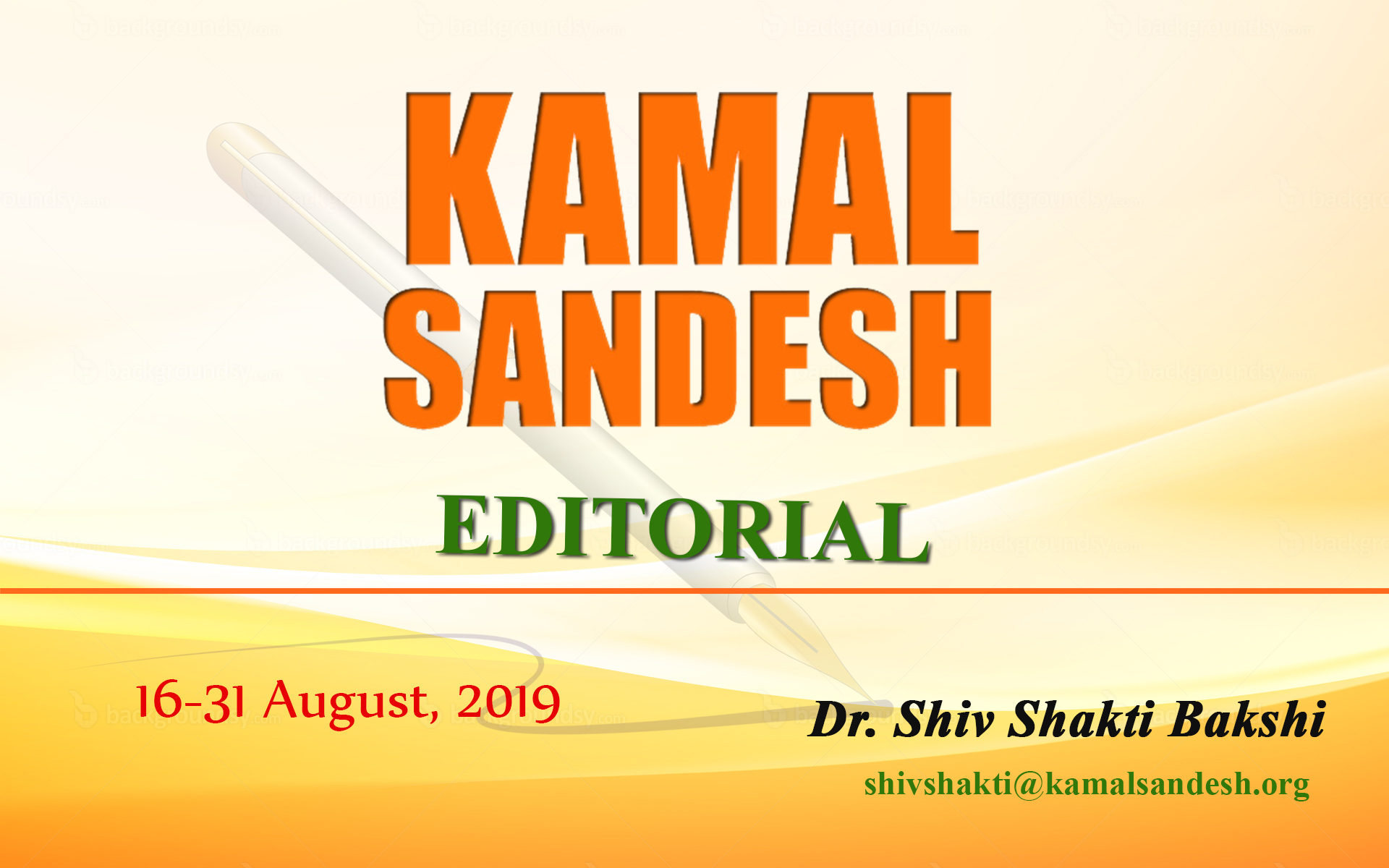 Seldom in the life of a nation a decision is taken which changes the course of its history. A nation awaits such glorious moments when it feels empowered to write its own history through bold and courageous decisions in its journey. A time comes but rarely when a nation stands united to rescue itself from the clutches of long held beliefs in inane ideas and embraces something new which is promising and pregnant with possibilities for future. It requires a strong willed leadership, determined and confident to challenge a system – useless and obsolete, and create opportunities through prudence and resolve. Such moments leave indelible marks on the pages of history setting examples for the generations to come while imbuing the national life with a newfound confidence and resolve. Among those moments, a moment has now been registered – the moment when the parliament discussed and passed resolutions and bills on Jammu & Kashmir with overwhelming majority in both houses. It was a historical moment.

The question of Jammu & Kashmir has long engaged the attention of the nation. That Article 370 was considered the root cause of all the problems faced by the state on all fronts. But certain vested interests had made Article 370 sacrosanct through a continuous propaganda in its favour. It was an irony that although it was included in constitution as temporary and transient provision, it was treated as permanent by Congress and its allies. It was a huge blunder as the continuance of this provision helped shape separatist mindset among a section of Kashmiri youth who were misled into separatist-terrorist activities by the Pakistan backed terror groups. There was no doubt that it became the biggest obstacle in the path of complete integration of the state with the rest of India. The country had to pay for it with the martyrdom of its brave soldiers fighting against Pak sponsored terrorism in the valley for decades. At the same time Article 370 could not benefit the people of the state, pushing them back on development. It was the strong political will of the Prime Minister Shri Narendra Modi and Home Minister Shri Amit Shah that the Article 370 now stands a dead letter and a dark chapter in country’s history has been closed. The nation stands united with the decision and people are celebrating such a historical moment in every nook and corner of the country.

The Prime Minister Shri Narendra Modi has created history by taking a solid stand for the future of the people of Jammu & Kashmir in particular and for the nation as a whole. The Home Minister Shri Amit Shah sound and reasoned defence in the parliament of the Modi government’s decision to abrogate Article 370 and creation of two Union Territories of Jammu & Kashmir and Ladakh will be remembered for a long time to come. It has opened the door of a vast range of opportunities for the people of the state. Now no one can stop the people of Jammu & Kashmir from marching ahead along with the rest of India on the path of development and progress. The decision is not only going to benefit the people of Jammu & Kashmir in a big way but also slated to bring huge dividend to the people of Ladakh. It has created a win-win situation for people of both the regions and paved the path for complete integration with rest of India. As a new era of development, progress and peace is set to dawn in the region, it is a fitting tribute to the memory of Dr. Syama Prasad Mookerjee, struggle of crores of Janasangh-BJP Karyakartas, millions of countrymen and the sacrifices of our valiant soldiers.