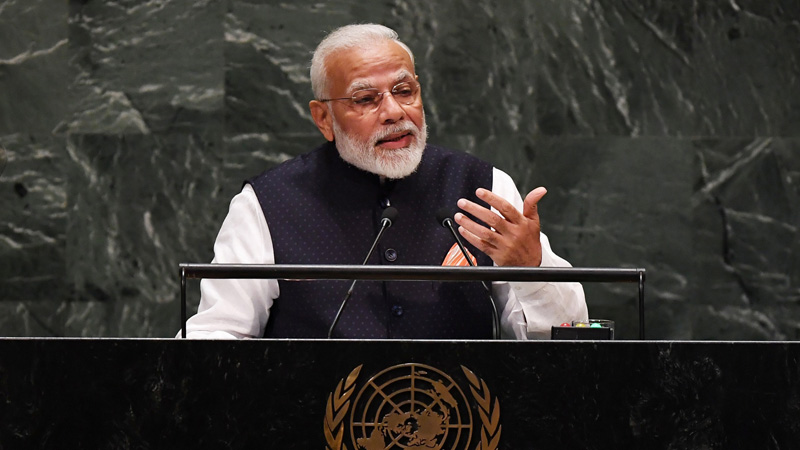 Prime Minister invoked the quotes of Tamil philosopher Kaniyan Pungundranar and Swami Vivekananda to seek collective action to address various global challenges. He said that ‘Harmony and Peace’ is the message of the world’s largest democracy to the rest of the world.

Terming terrorism as the biggest challenge for the world, Prime Minister urged all the nations to unite against terrorism for the sake of humanity. “India is a country that has given the world, not war, but Buddha’s message of peace,” the PM said. He also mentioned about India’s contribution to the United Nation peacekeeping Mission

Prime Minister urged the international community to give a new direction to multilateralism. He said as the world is going through a new era, the countries do not have the option to confine themselves within their boundaries. “A divided world is in no one’s interest. We must give a thrust to multilateralism and reforming the United Nations,” the PM said.