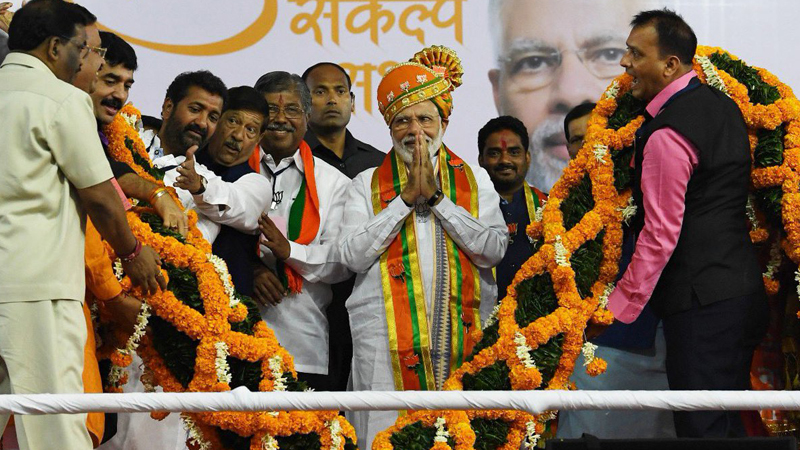 Prime Minister Shri Narendra Modi has asserted that his government is on course to make India a five-trillion dollar economy in the next five years despite apprehensions being expressed by experts and the opposition. Addressing an election rally in Pune, Shri Modi said, unlike experts, it is not just a figure for us. It is the government’s resolve to make India a 5 trillion dollar economy by 2024. Prime Minister said, Indian economy is full of opportunities for the youth and the recent policy decisions will further boost its growth. Shri Modi said, the government is also planning to pump in over 100 lakh crore rupees in infrastructure projects. Prime Minister said, the nature of employment is changing and skill upgradation is the key.