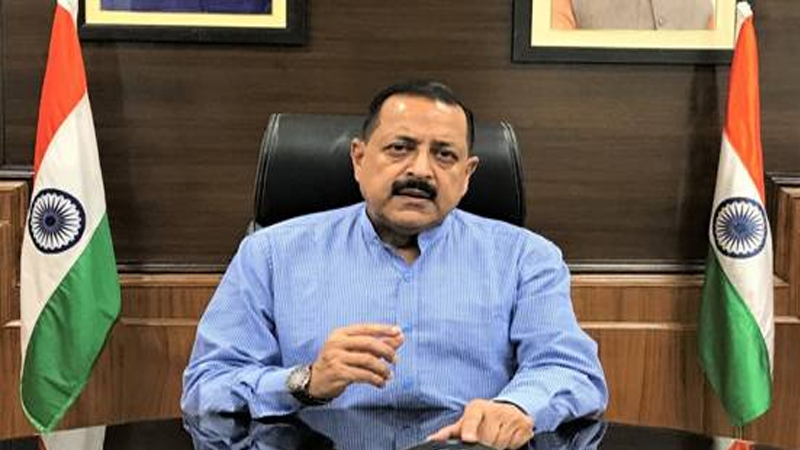 While delivering the valedictory address for the project, Dr Jitendra Singh said, the project sanctioned under a Special Cell of “Science and Technology for Yoga and Meditation” (SATYAM) and titled “Developing a Community Yoga Protocol for Elderly to promote Innate Immunity” aims to build immunity of elderly citizens, who are particularly vulnerable in the backdrop of the COVID pandemic.

Giving full credit to Prime Minister Narendra Modi for introducing Yoga in every household across the world and for bringing a unanimous resolution passed in the UNO to observe International Day of Yoga every year, Dr Jitendra Singh said, this is an initiative, which should have happened several years ago because Yoga had originated from India and was also being practiced in the West, till it gained its position of respect and esteem under the Modi government.

Pointing out the special significance of having a separate protocol for Yoga in the elderly, Dr Jitendra Singh said, on the one hand, India is witnessing a progressive increase in lifespan with correspondingly increasing population of elderly citizens and on the other hand, elder citizens continue to remain energetic and productive till late years of life. Therefore, in order to ensure their physical and mental well-being so that they can play a constructive role in nation building, Yoga is a natural, non-medicinal and non-pharmaceutical therapy for fitness, he said.

While COVID has revived worldwide interest in immunity boosting methodologies, the Minister said, the matter of fact is that even in the absence of COVID, since we are commonly confronted with lifestyle diseases, like Diabetes, hypertension, heart disease, etc., Yoga is one of the most effective lifestyle modification options for prevention and control of such disorders, particularly in the elderly age group.

The Minister further informed that the special cell under SATYAM programme seeks to combat Covid-19 and related viruses through the effect of Yoga and meditation as an add-on therapy under three broad thematic areas viz. immunity, respiratory system and stress, anxiety & depression. A total of 91 projects have been sanctioned in Science and Technology of Yoga and Meditation (SATYAM) programme under Cognitive Science Research Initiative (CSRI) with 64 projects in the year 2020-21 itself.

Varied experiences and research studies from across the world, said Dr Jitendra Singh, point to the fact that for the cure and prevention of COVID, the immune system and natural resistance of the human body play a major role. Therefore, he said, immunity building techniques drawn from all streams whether it is Ayurvedic, Homeopathy, Unani, Yoga or Naturopathy have gained popularity ever since the world came in the grip of COVID pandemic.

Dr Jitendra Singh said, COVID has also reiterated the belief that healthy integration and synergism of different streams of medical management are the key to successful management of various diseases and disorders which may not be otherwise completely amenable to treatment by any single stream of medicine.

He said, older persons and persons with pre-existing medical conditions such as high blood pressure, heart disease, lung disease, cancer or diabetes appear to develop COVID 19 more often than others. Older people don’t have as strong an immune system, so they are more vulnerable to infectious disease. The Minister said, available research evidences prove that Yoga gives positive support to the person with acute or chronic diseases by maximizing the implementation of combination of Yoga Asanas, Pranayama and meditation.