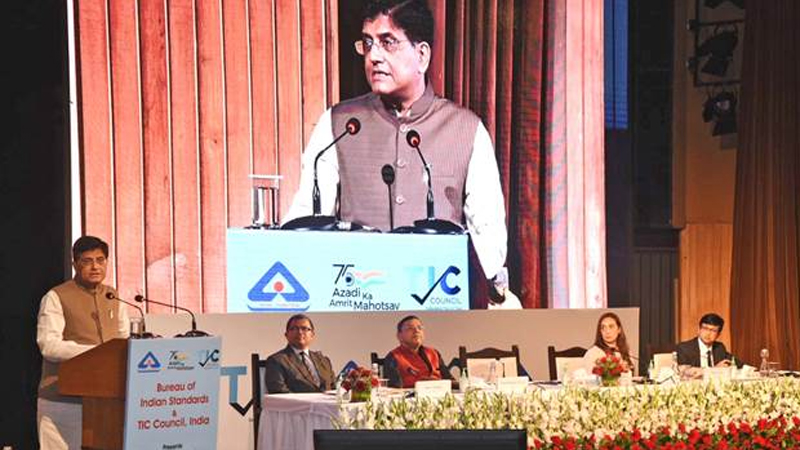 Union Minister for Commerce and Industry, Consumer Affairs, Food and Public Distribution and Textiles, Shri Piyush Goyal today said India needs to become a quality conscious nation, and adopt quality as an integral part of the process in preparing the foundation of becoming a developed nation by 2047. Until India becomes a leader in quality, it will not be able to become a developed economy. He was addressing the inaugural session of the Bureau of Indian Standards Seminar on emerging global trends in laboratories of Atmanirbhar Bharat.

To become a global manufacturing power, Shri Goyal said, India will have to do both- expand its manufacturing ecosystem and also implement high quality standards for goods and services that it offers. Shri Goyal added that BIS is a very important element in this entire ecosystem.  He also lauded BIS for playing a catalytic role in the success of Make in India program.

Referring to the agenda of Seminar, Shri Goyal said we are looking at how India can be at the forefront of the modern contemporary testing ecosystem which is a must for India to become a manufacturing power to take forward the ‘Make in India’ vision of Prime Minister Narendra Modi. He emphasized that India is on the right track to make testing and laboratory systems an integral part of the world which have been drawn up for India to not only satisfy the aspirations of a billion plus people, but to also meet the needs of a world that is very demanding. 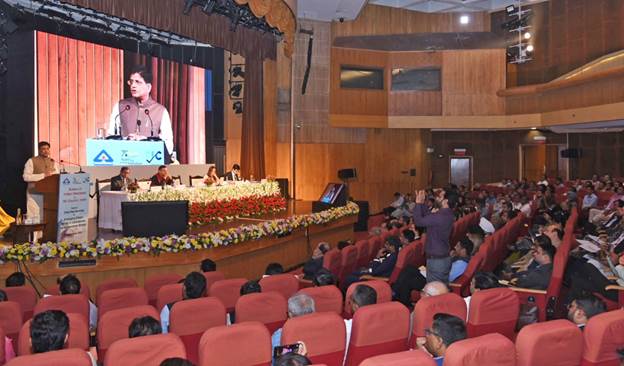 Emphasizing on the need for BIS to reassess its own processes and reorient itself to be in sync with modern requirements, Shri Goyal said all three pillars of BIS – standards creation, ensuring adequate lab testing facilities across the country, and certification of products and processes will have to become much more contemporary and technology driven.

Shri Goyal said that a mapping of India’s laboratory infrastructure has been done. This will help in assessing the critical gaps in the testing infrastructure across the country. He elaborated that these gaps could be in terms of long distances for particular industries to go and get their products either certified. There could be gaps in terms of technology that is in use in labs, or the type of equipment that is being used. He added that BIS is building up a roadmap to plug these gaps. To make India a quality conscious country, Shri Goyal said the Government will collectively engage with the private sector and extend support, and also explore investments into the laboratories to have adequate infrastructure. Technology will be at the fulcrum of all these efforts in order to minimize human interface, he added. 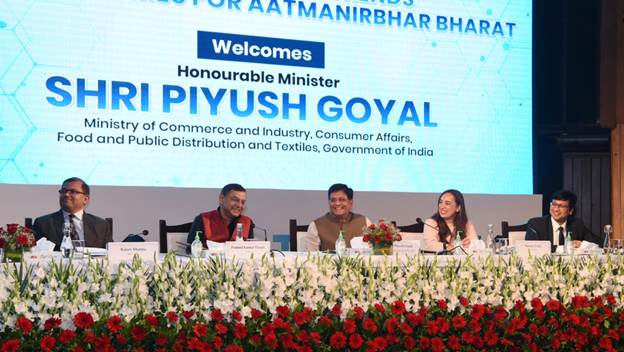 He suggested having quality control orders for more products in the country and noted that medium and large industries have no excuse not to accept high quality standards and quality control orders. Implementing it will lead to greater acceptance in the markets and also help in ensuring that low quality goods do not come to India.

He urged BIS to do a complete study of what quality standards the world is adopting, which are the areas that India needs to focus on and what can be done to build up the necessary infrastructure to meet those standards.He said we should have our own Indian standards on every product and also asked Industry to align with the world standards. He suggested that Artificial intelligence can be used in laboratory certification. Elaborating on this, he said If any company is consistently adhering to high quality standards, they can be removed from repeated inspections or can be given licenses for longer duration. This will reduce the burden on our industry and encourage consistent performance. He also asked BIS to look into extending significant support to Women Entrepreneurs, young Startups, MSMEs in terms of Testing Charges.

Minister cited the example of Toys, where government efforts led to transformation results with domestically made Toys meeting standards of quality, sustainability and safety. Shri Goyal laid emphasis on the significance of generating awareness among consumers. He said this will have to be a collective effort and also sought support of the media in this effort. To make India a testing hub and a country conscious of high quality, there is no better way than to become a demanding consumer. He added that demanding Quality will act as a driving force for our manufacturers and the whole ecosystem and help Leapfrog India into a vibrant, modern, contemporary, technologically enabled testing, inspection and certification story.