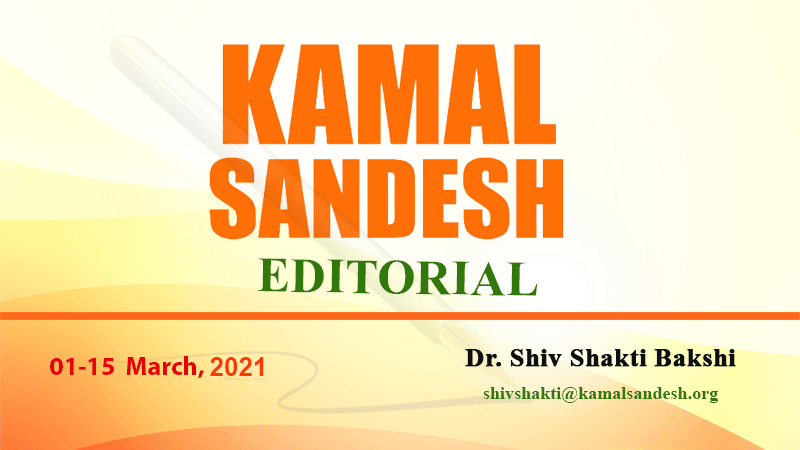 As Bharatiya Janata Party resolves to further intensify its efforts to serve the people in its National Office Bearers meeting, the people of Gujarat have responded by blessing the party overwhelmingly in the recently held municipal body elections. The people support was so massive that BJP emerged victorious in 85 percent seats sweeping the elections in all the six municipal bodies which went to the polls. The results of Gujarat municipal elections further reinforces the trend across the nation whereby BJP is increasingly becoming the most favoured choice of the people in elections from panchayats to parliament. In the recently held elections in Bihar, in the by-elections held across the nation – from Gujarat to Manipur and from Madhya Pradesh to Uttar Pradesh and Telangana, from GHMC elections to Bodoland Territorial Council elections, from Kashmir DDC elections to Ladakh Municipal Council elections – everywhere Lotus is blooming. The commitment of BJP to serve the people with the mantra of ‘Sabka Saath, Sabka Viaks, Sabka Vishwas’ is getting people’s support everywhere in the country. The people are blessing BJP again and again and even more than before.

Today, the visionary and inspiring leadership of Prime Minister Shri Narendra Modi has been recognized globally as India becomes a hope of many countries in the world. While in the country massive relief work was carried out during the Corona pandemic ensuring food, job and health security of the poorest of the poor, India was always eager to help other countries in their hour of crisis by sending medicines, doctors, medical equipments and even a lab. The idea of ‘Sarve Bhavantu Sukhinah, Sarve Santu Niramayah’ is reverberating across the globe with ‘Made in India’ vaccines reaching to more than 150 countries. The oft repeated commitment of Prime Minister that an ‘Aatmnirbhar Bharat’ will work for ‘Vishwa Kalyan” – for the welfare of the entire world, can be seen in action today.

The call of Prime Minister to convert challenges into opportunities not only inspired every Indian to optimally utilize their individual and collective potential but also raised the nation’s morale high throughout the pandemic. At the same time, the call for realizing the goals of an ‘Aatmnirbhar Bharat’ has also initiated the process to unleash the potential of the nation making India confident of its own capabilities in almost every field. The Prime Minister has rightly said that an ‘Aatmnirbhar Bharat’ will be a force multiplier for the global economy and as the Budget 2021 show, India is set to move ahead with double digit growth with V-shape recovery. The reforms initiated during the pandemic covering almost every sector are also transforming India which is ready to take a giant leap in the post-Covid world.

The challenges posed by the Covid-19 pandemic were not only enormous but appeared insurmountable in many ways. It was the positive approach in a sensitive manner with intense belief in the concept of ‘Antyodaya’, that the new opportunities were created by applying novel means. Today, while the entire world is appreciating the leadership of Prime Minister Shri Narendra Modi in glowing terms, the people within the country are showering their blessings and love on BJP in every election. As elections for the five states are approaching the writings on the wall are getting clearer with people showing overwhelming support for Prime Minister Shri Narendra Modi and BJP. While the states where BJP is in government people are set to re-elect them on the basis of their outstanding performances, the people in the states where BJP is not in government are looking forward to vote for electing BJP government in their states. It is the responsibility of every BJP karyakarta to reach to every electorate and give the message of the Prime Minister and BJP so that people’s dream of having BJP government in their own states is realized. BJP karyakartas have done it before and there is no doubt that they will do it again.