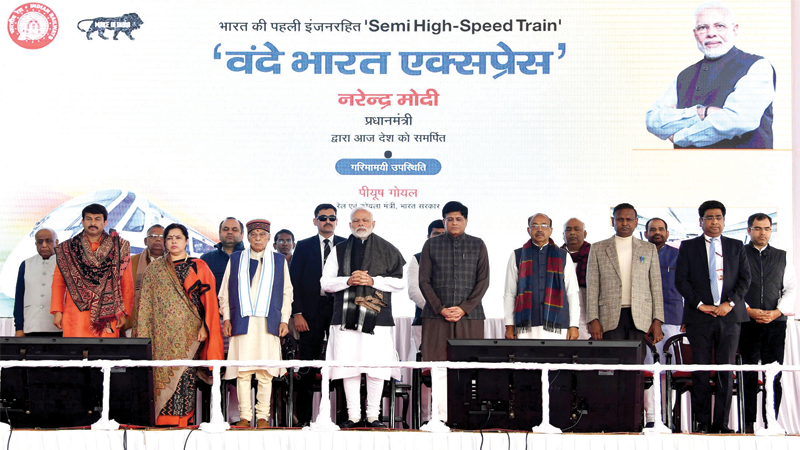 The train, named ‘Train 18’ at the concept stage, is a plush 16-coach, air-conditioned, self-propelled train set and doesn’t have a locomotive. The express train will run between Delhi and Varanasi, with halts at Kanpur and Allahabad. It will complete the 780-km journey in eight hours, slicing off 180 minutes from the current travel time of 11-and-a-half hours. This is India’s fastest train to date, capable of commercial speeds up to 160 km per hour. On the Delhi-Varanasi route, however, its top speed would be restricted to 130 km per hour.