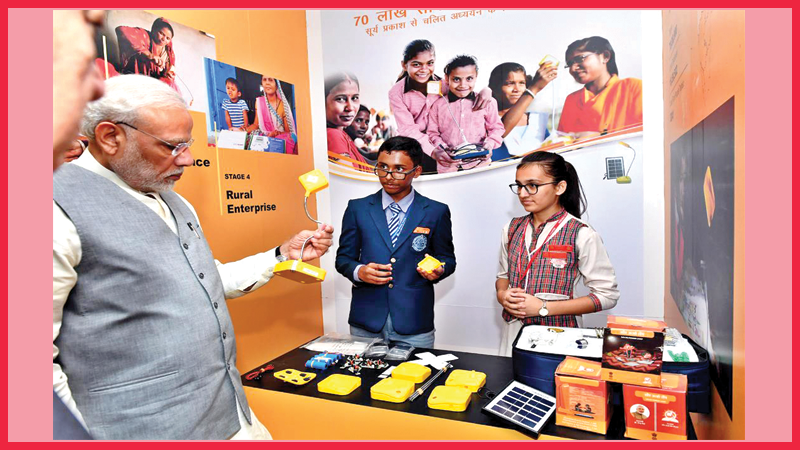 The Prime Minister, Shri Narendra Modi on October 2, 2018 inaugurated the first Assembly of the International Solar Alliance at Vigyan Bhawan. The same event also marked the inauguration of the second IORA Renewable Energy Ministerial Meeting, and the 2nd Global RE-Invest (Renewable Energy Investors’ Meet and Expo). The Secretary General of the United Nations, Mr. Antonio Guterres, was present on the occasion.

Addressing the gathering, the Prime Minister said that in the last 150 to 200 years, mankind has depended on fossil fuels for energy needs. He said nature is now indicating that options such as solar, wind and water, offer more sustainable energy solutions. In this context, he expressed confidence that in future, when people talk of organisations for the welfare of mankind established in the 21st century, the International Solar Alliance will be at the top of the list. He said this is a great forum to work towards ensuring climate justice. He said the International Solar Alliance could replace OPEC as the key global energy supplier in the future.

The Prime Minister said that the effect of increased use of renewable energy is now visible in India. He added that India is working towards the goals of the Paris Agreement through an action plan. He said that the target is to generate 40 percent of India’s total energy requirements in 2030, by non fossil fuel based sources. He said India is developing with a new self-confidence of “Poverty to Power.”

The Prime Minister said that along with power generation, power storage is also important. In this context, he mentioned the National Energy Storage Mission. He said that under this Mission, the Government is focusing on demand creation, indigenous manufacturing, innovation and energy storage.

The Prime Minister said that besides solar and wind power, India is working on biomass, biofuel and bio-energy. He said efforts are being made to make India’s transport system clean fuel based. He said that by converting bio-waste to biofuel, India is converting a challenge into an opportunity.