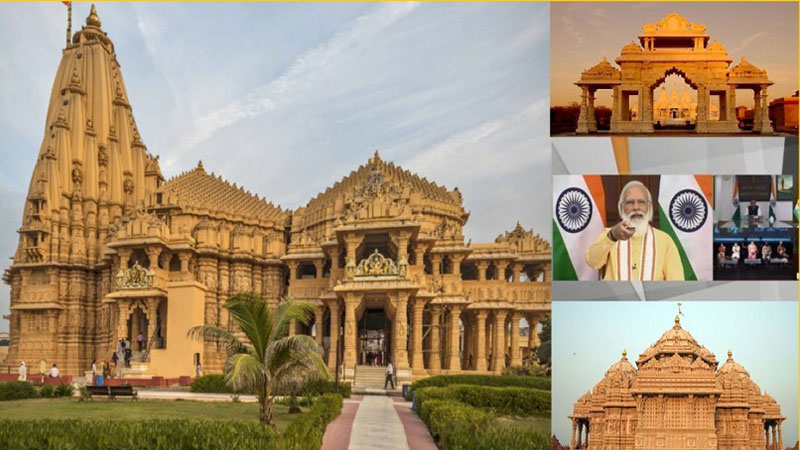 Congratulating the devotees all over the world, the Prime Minister paid tribute to Sardar Patel who showed indomitable will power for the revival of India’s ancient glory. Sardar Patel linked Somnath Mandir with independent spirit of independent India. Shri Modi said that it is ‘our good fortune that we are taking forward the efforts of Sardar Saheb in the 75th year of Independence and imparting new splendour to Somnath Temple.

The Prime Minister said that in initiatives like ‘Statue of Unity’ and transformation of Kachch, Gujarat has seen from the close quarters, the results of linking modernity with tourism. ‘It has been demand of every time period that we look for new possibilities in religious tourism and strengthen the links between pilgrimage and local economy,” the Prime Minister pointed out.

The Prime Minister said that reconstruction of Somnath temple to grand renovation is due to centuries of strong will and ideological continuity. ‘Great men like Rajendra Prasad ji, Sardar Patel and KM Munshi faced difficulties for this campaign even after independence. Still, finally Somnath Mandir got established as divine pillar of modern India in 1950. The Country is moving towards amicable solutions of difficult problems. A bright pillar of the glory of modern India is coming up in the form of Ram Mandir’, he said.