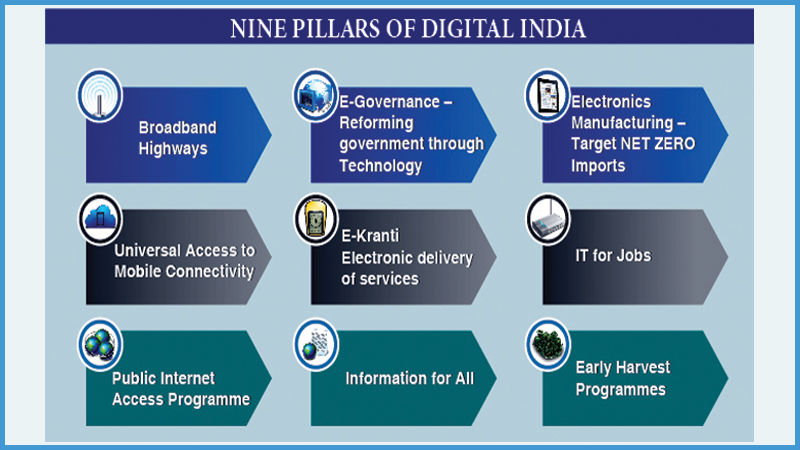 Interacting with the beneficiaries, Prime Minister said that Digital India was launched to ensure that people from all walks of life, especially those from rural areas, are digitally empowered. He added that to make this possible, Government has worked on a holistic policy consisting of connecting villages through fibre optic, digitally educating citizens, providing service delivery through mobiles and promoting electronic manufacturing.

Talking about technology, Prime Minister said that technology has brought about ease of living and Government’s efforts are to ensure that the advantages of technology was available to all sections of the society. Various provisions like online payment of bills including BHIM APP, online booking of railway tickets, and electronic delivery of scholarships and pensions to bank accounts have greatly reduced the burden on common people, Shri Narendra Modi added.

Describing the importance of Common Service Centers (CSC), Prime Minister said that CSC’s across India are providing digital services to rural India. CSCs have successfully developed Village Level Entrepreneurs (VLE) in rural areas and created job opportunities for more than 10 Lakh people. There are 2.92 Lakh CSCs in rural India providing opportunities to access various government and other services across 2.15 Lakh Gram Panchayats During the interaction, Shri Narendra Modi said that the movement towards more digital payments is resulting in the elimination of intermediaries. Digital payments in India has grown significantly in last four years, making Indian economy digital and transparent.

Talking about Pradhan Mantri Gramin Digital Saksharta Abhiyan (PMGDISHA), PM said that the scheme has already provided digital skill and training to 1.25 crore people, out of which 70% of candidates are from SC, ST and OBC communities. The scheme aims to provide digital skills and basic computer training to six crore people through 20 hours of basic computer training.

Digital India has also transformed the BPO sector immensely. Earlier BPOs were only restricted to big cities, now it is spread to small towns and villages, creating employment opportunities. The India BPO promotion scheme and the separate BPO promotion scheme for the Northeast, started under Digital India will create new employment opportunities to over two lakh people in North East and in rural areas. Now the youth of nation is getting jobs near their homes due to BPOs units opening all through out India, Prime Minister said.

Prime Minister also interacted with the volunteers of MyGov platform, the citizen engagement platform created within two months of the formation of the government. There are more than 60 lakh volunteers associated with the platform, giving ideas, suggestions and doing various volunteer activities, playing a huge role in building of a New India, Shri Modi said. Prime Minister also added that through Digital India, ‘4E’s- Education, Employment, Entrepreneurship and Empowerment are being achieved.

Interacting with the Prime Minister, beneficiaries of various Digital India schemes explained how the schemes have played an important role in transforming their lives. Various beneficiaries also described how Common Service Centre (CSC) has brought employment opportunities and the various services it provides has resulted in ease of living.