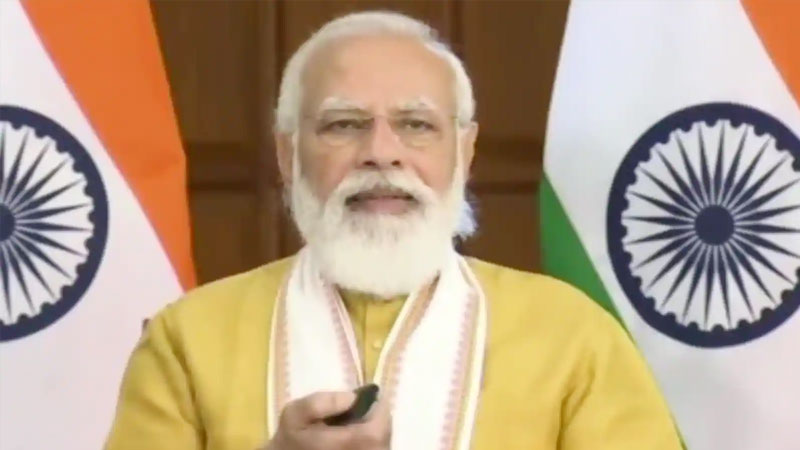 The Prime Minister underlined the fact that with 130 crore Aadhaar numbers, 118 crore mobile subscribers, about 80 crore internet users, about 43 crore Jan Dhan bank accounts, there is no such big connected infrastructure anywhere in the world. This digital infrastructure is bringing everything from ration to administration (Ration to Prashasan) to the common Indian in a fast and transparent manner. “The way technology is being deployed in governance reforms today is unprecedented”, said the Prime Minister.

The Prime Minister remarked that the Arogya Setu app helped a lot in preventing the spread of corona infection. He lauded Co-WIN for its role in making India achieve a record administration of about 90 crore vaccine doses today, under the free vaccine campaign.

The Prime Minister remarked that Ayushman Bharat-PMJAY has addressed a key headache in the lives of the poor. So far more than 2 crore countrymen have availed the facility of free treatment under this scheme, half of which are women. The Prime Minister emphasized that diseases are one of the key reasons to push families into the vicious cycle of poverty and women of the families are the worst sufferers as they always relegate their health issues to the background.