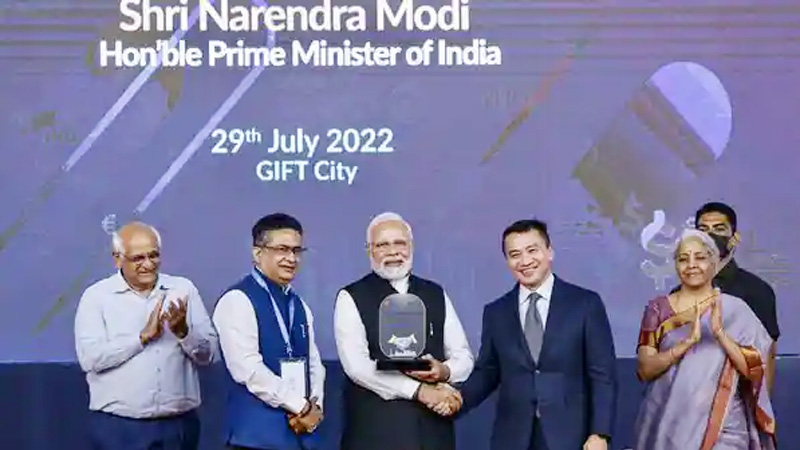 Addressing the gathering, the Prime Minister said this day is very significant for the growing economic and technological strength of India and also for the growing global confidence in the prowess of India. “Today, in GIFT City, the foundation stone of the International Financial Services Centers Authority – IFSCA headquarters building, has been laid. I believe, as grand as this building is in its architecture, it will also create unlimited opportunities to make India an economic superpower”, he said.

The Prime Minister said that IFSC will promote innovation and will be an enabler as well as a catalyst for growth. Institutions and platforms launched today will help 130 crore Indians to get connected with the modern global economy. “India is now entering the league of Countries like the USA, UK and Singapore who are giving direction to global finance” he added.