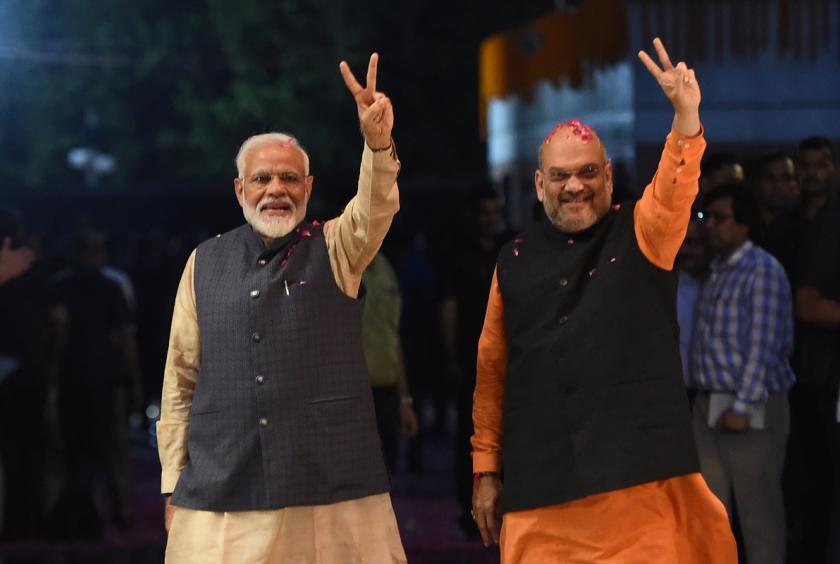 Prime Minister Shri Narendra Modi on Thursday appealed to party workers to show humility, take everyone along and resolved not to take any step out of ill intent.

The Prime Minister addressed hundreds of rapturous party workers and supporters at the Bharatiya Janata Party (BJP) national headquarters in the national capital, who had waited amid a steady drizzle to listen to him after it became evident that their party was on its way to an unprecedented and historic electoral triumph.

In his address to the people of the country, Shri Modi said he might at times commit a mistake but he will not do anything with bad intent. He also advised workers and supporters to show restraint.

“We have to move ahead. We have to take everyone with us, even our opponents. We have to work for the benefit of the country,” he said. Shri Modi urged everyone to forget the rancor of the bitter and often nasty campaign. “What’s past is past,” he said.

The PM’s nearly 40-minute speech was a mix of him underlining his commitment to nationalism but also to the welfare of the poor. Shri Modi also hinted at his humble beginnings, that he did not want anything for himself and his life was devoted to the people of the country. “You have filled this fakir’s bag with a lot of hope. All your hopes, dreams, ambitions are dependent on it,” he said.

Shri Modi said he is committed to devote “every moment” of his time and “every fibre” of his being for the people of India. Decrying those who have used caste divisions for electoral benefits, the PM said the country will now have only two castes — the poor and those who want to alleviate poverty. He said his government’s responsibility would be to help not only the poor, but also those who want to lift people out of poverty. Voters have dealt a huge blow to the parties doing politics in the names of castes, he said.