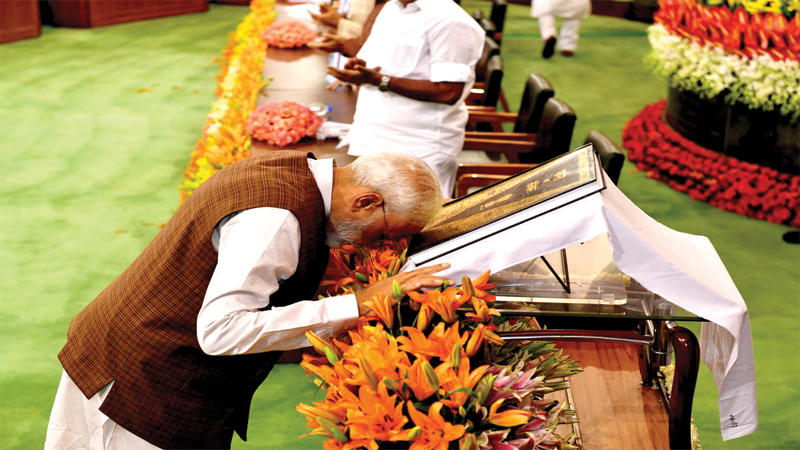 Prime Minister Shri Narendra Modi bowed and respectfully touched the Constitution of India with his forehead, as he walked towards the podium after being elected as the leader of the NDA and BJP parliamentary party.

Prime Minister Shri Modi humbly greeted the newly elected MPs with folded hands in the Central Hall of the Parliament before walking towards the Constitution, which was placed atop a risen platform with a white cloth. The gesture reminisced of his action in 2014.

As he stepped into the Parliament for the first time after storming the BJP into power, Shri Narendra Modi bent down with his forehead touching the stairs, to register his high respect for the “temple of democracy”.