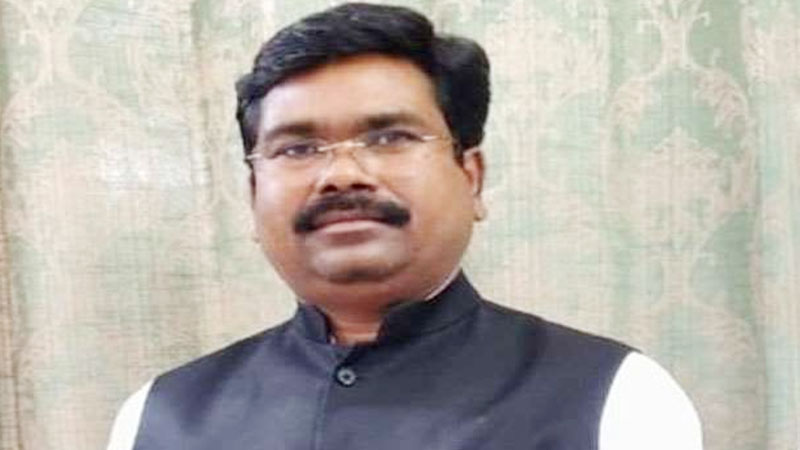 Bharatiya Janata Party Scheduled Tribe (ST) Morcha National President and Rajya Sabha MP Shri Samir Oraon interacted with Kamal Sandesh Associate Editor Sanjeev Kumar Sinha & Member of Kamal Sandesh Digital team Vipul Sharma at length about the unprecedented focus of Modi government for the development of tribal communities in the country. He also highlighted the ongoing organizational works and future strategies of the ST Morcha to ensure the reach of diverse welfare schemes of Modi government to grassroot level for empowering the tribal population living in the different parts of the country. Excerpts of the conversation:

On November 10, under the chairmanship of Prime Minister Shri Narendra Modi, the union cabinet decided to uphold the honor of the tribal community across the country. It was decided that the birth anniversary of heroic tribal leader Bhagwan Birsa Munda, who played a vital role in the freedom struggle of the country to be celebrated as ‘Janjatiya Gaurav Diwas’. And as per the decision, on 15 November, 2021, the first ‘Janjatiya Gaurav Diwas’ was celebrated in the country. On the occasion Bhagwan Birsa Munda Museum was also inaugurated at the jail where he was martyred mysteriously. The birth anniversary of Bhagwan Birsa Munda was chosen because he used to worry about how the society should become organized, self-supporting and empowered along with the freedom struggle of the country. He visited from village to village and did public awareness work. Wherever, there was talk of any kind of problem, calamity or disease, people used to remember Birsa Munda and he used to resolve their problems. Thus, he was worshiped as a God.

Bhagwan Birsa Munda moved ahead with the spirit of nation, nationalism and patriotism. He started mobilizing the people against British rule. Due to this, the British created several problems against him and kept a close eye on his activities throughout his life. He also raised his voice against the British from Dombari Buru. However, things are not properly recorded in the pages of history about Dombari Buru. Before the Jallianwala Bagh massacre, at around 1896 when the tribals held a meeting in Dombari Buru, the British soldiers fired indiscriminately on them. Hundreds of followers of Birsa Munda were reportedly killed in this firing. Bhagwan Birsa Munda who sacrificed everything for the country and society, was martyred mysteriously inside the British prison.
After this historic decision, the entire tribal society is feeling indebted and expressing its heartfelt gratitude to the Prime Minister Shri Narendra Modi for upholding the pride of Tribal community.

What are the steps taken by the Modi government in the interest of tribal community?

Prime Minister Shri Narendra Modi always cared for the interests of the tribal community and his concern on the issue is the biggest thing for us. Earlier, the then Prime Minister Shri Atal Bihari Vajpayee also thought about the welfare of tribal people. Therefore, he created a separate Tribal Ministry. Prime Minister Shri Modi took that work forward. In order to uplift the tribal society, PM Shri Modi is trying to improve the education system and on the lines of Navodaya Vidyalaya, Eklavya Model Residential Schools have been planned. And today, work of building around 750 schools has been started.

The life of the tribal people is connected with Jal, Jangal and Zameen. But when the British government came, they introduced the Forest Act in 1927, followed by the Act in 1960. In 2006, the Congress government, made FRA (Forest Right Act), CFR (Community Forest Rights). These Acts actually deprived tribal people from their rights. But, this matter was taken care of by PM Shri Modi meticulously. He asked the Forest Department and the Ministry of Tribal Affairs to simplify these rules.

Keeping in mind the fact, that people can produce on their forest land within the limits of their village and can also market the things obtained from there. In this series the ‘Van Dhan Kendra’ was introduced which is promoting the forest produce. Its marketing work is being carried forward through TRIFED. Prime Minister is also working for the progress of all the citizens of the country by giving the slogan of ‘Self-reliant India’ and ‘Vocal for Local’. In the same way a plan has been made through Tribal Finance Corporation to advance the tribal community. Whether it is the fisheries department, the animal husbandry department, connected to piggery or connected to poultry, they have been provided employment in this sector on the basis of fifty percent subsidy. Many provisions have been made under Start-up India too. With these initiatives PM Shri Modi is working to uplift the pride of the tribal community.

Congress Party accused BJP for misleading the tribal community, how do you see this allegation?

See, actually Congress should blame themselves for this. The injustice against tribal community has been happening since the independence. Even at the time of drafting the constitution, Congress party betrayed the tribals. Even today, Congress party is betraying the tribal community by misleading them. First of all, no clear definition has been made in our constitution regarding the tribals. On the contrary, the Scheduled Caste status has been clearly mentioned in the Constitution, in which it has been said that whoever renounces his faith, belief and traditional system of worship, he will be excluded from the list of Scheduled Castes. Therefore, today the Scheduled Castes are maintaing the same status in the whole country as it was earlier.

Basically, Scheduled Tribes people worship the nature. They closely follow the nature i.e. they are directly related to it with the eternal sense, hence they are ‘Sanatani’. But the illusion spread all over the country that they are not ‘Sanatani’. Who spread this confusion in this way? It was none other than the Congress party. Congress has been continuously assuring the tribals since independence that if they have any messiah in the country, it is the Congress party, but the truth is even after it remained in the governments at the Center and in the states since the independence, they did nothing for the tribals. Thus, our Prime Minister took this task in his hands and gave the mantra of ‘Sabka Saath, Sabka Vikas, Sabka Vishwas and Sabka Prayas’ for the development of the country along with the tribal community.

Can you throw some light on the activities of BJP ST Morcha since you assumed the responsibility as Morcha National President?

Ever since I assumed the post of President, it has been our endeavor to convey the ideology of BJP to the tribal community so that they can be linked with the BJP family. Along with this we are also focusing on how to strengthen our organizational structure up to the booth level. We are working on it. At present, we are working in about 30 organizational states. Out of that, I have already visited 20 states. Our office bearers are also engaged in this work. Due to this, our organizational structure is being built down to the lowest level. Our karyakarta plays a crucial role in it. And by connecting with these karyakartas, we are able to take all the programs, ideas and plans of the BJP to the grassroots level. Even during this pandemic, the ST Morcha karyakartas played an important role through programs like ‘Seva Hi Sangathan’ and ‘Seva aur Samarpan Abhiyan’. In October this year, the National Executive of ST Morcha was organised in Ranchi. So it can be said that our karyakartas engaged in organizational work have become active.

Please elaborate the future activities of the Morcha?

Today, the major problem which the tribal community has been facing is the large-scale migration and unemployment. So we need to think for solution of these issues. The ST Morcha is also working on the parliamentary cluster development programme. So far we have selected 40 such parliamentary constituencies as a cluster. In this regard, some meetings and workshops have been held. Along with the selection of the cluster, the villages have also been identified. We are working to successfully implement these programs along with our organizational activities.