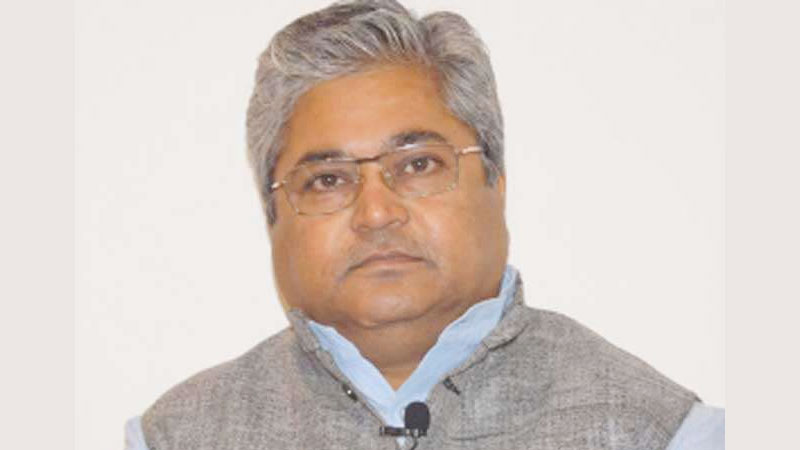 The Assembly election campaign is in full swing in Uttarakhand. Polling is to be held on February 14 for 70 assembly seats. In this regard Sanjeev Kumar Sinha, Associate Editor of Kamal Sandesh and Digital Media Member Vipul Sharma spoke to BJP National General Secretary and Uttarakhand State BJP in-charge Shri Dushyant Gautam at his New Delhi residence. Shri Gautam said that development has taken place on all fronts under the BJP government in Uttarakhand. In his statement, he threw light on the development work done by the state government in various sectors including education, health, employment, tourism and agriculture. He said that the BJP is a political organization working continuously for the people. Whereas, Congress is visible only at the time of elections. The BJP will emerge victorious in Uttarakhand with a huge majority and our resolve of ‘Abki Baar 60 Ke Paar, Phir Se BJP Sarkar’ will come true. Here are the highlights of the conversation:

What are the preparations and plans of the BJP for the upcoming assembly elections in Uttarakhand?

The Bharatiya Janata Party is one such political party that never specifically prepares for elections. We continuously work with self-less service. Since the time of Jana Sangh and till now, we have been working towards the goal of service to the nation and social service. Whenever a disaster strikes, it is our resolve to help the needy people. At present, in the Corona era, we are active through campaigns like ‘Seva hi Sangathan” and “Seva aur Saparpan”. That’s why, even though we are in politics, we do not have to do any special preparation for elections. We prepare as much as the child has to work more during the exams. It is a privilege that we have a leader like Prime Minister Shri Narendra Modi, who keeps giving us direction and keeps awakening us with his experience, determination, and dedication.

What are the major achievements of the BJP government in Uttarakhand?

Development has taken place on all fronts under the BJP government in Uttarakhand. Many important steps have been taken for women’s empowerment. Our sisters should get equal rights, so they were given property rights. Our mothers and sisters used to go out and cut the grass, which caused them to become prey to animals. Today, we are giving them grass at a cheap rate. We have done the work of protecting them from smoke by giving them gas connections. We have upheld the dignity of women by providing them with toilets.

The Ayushman card is distributed to people below the poverty line in the whole country. However, in Uttarakhand, the government has promised to give Ayushman cards to everyone. In the state, every child has been vaccinated. Along with free vaccination, we have increased the budget this time. We have installed 100% oxygen plants everywhere. Its level has increased. We are developing Rishikesh as a medical hub. There is no district in the state that does not have a hospital. We have increased the number of doctors. The amount of medical intern assistance, which used to be seven and a half thousand rupees, has been increased to seventeen and a half thousand rupees.

Uttarakhand is Devbhumi. An arrangement has been made for Char Dham All Weather Road. People from almost every family in Uttarakhand join the army. Today, another Dham has been added there due to the vision of Prime Minister Shri Narendra Modi. Sainik Dham will be considered the fifth Dham. We have constructed rest houses for soldiers. And above that, the son of a soldier is the Chief Minister of the state today.

We have formulated a new tourism policy. Tourism has been given industry status. The Chandidevi and Surkandadevi temples were further developed. A Mussoorie ropeway has been constructed. Work has been done to make it suitable for films.
We have arranged for tap and clean water for the people. A house has been arranged for those who do not have a roof. Talking about the agriculture budget, the maximum budget has been kept for the farmers there. People are now protected from wild animals. We have promised to give benefits under the Pradhan Mantri Kisan Maandhan Yojana.

For the youth, we have provided opportunities in new government jobs. Recently, 24 thousand jobs have been called in various departments. Through Pradhan Mantri Mudra Yojana, we are giving loans without guarantee. Veer Chandra Garhwali scheme has been started for self-employment. A new startup policy has been launched. What is the benefit of the double engine government? It shows that we are building rail inside the mountains. We are working to reduce the road travel time from a five-hour journey to one hour.

We have opened new colleges to enhance the quality of education. Internet facility is provided in the schools, introducing Udaymann Chatra Yojna. Atal Utkarsh Vidyalaya has been opened. We are providing a free Wi-Fi facility in universities. The Mid-Day Meal Scheme has been implemented while enhancing the quality.
Along with this, Pradhan Mantri Gram Sadak Yojana, Namami Gange Yojana, Udaan Yojana, Uttarakhand State Rural Livelihood, Watershed Development Program, Pradhan Mantri Awas Yojana, Deendayal Upadhyaya Rural Skill Development Scheme, Ownership Scheme, cattle breed improvement, labour industry, and fisheries were introduced, and by giving concrete shape to many such schemes, the BJP government has ensured the all-round development of Uttarakhand. So, today we can confidently say that we have made a place in the hearts of the people.

What is the difference between the previous Congress government and the present BJP government?

The biggest difference is that the dream of the Uttarakhand state was realised by Shri Atal Bihari Vajpayee Ji. The BJP government of the state has made its place in everyone’s mind. Today, wherever you go in the state, you will not see anything against the BJP government. All the positive vibes are visible there. The Congress has accepted that under its rule when they used to send Rs 100, only Rs 15 would reach the people and 85 percent of the money went missing. While we have opened the accounts of the people, government funds are sent directly to their accounts. We use government money with transparency.

Do you believe the Congress, with its false promises can challenge the BJP in Uttarakhand?

The Congress has nothing to say against the BJP government. We ask why the opposition has never been able to launch any movement against us in four and a half years. They have been coming out of their caves in the last two or three months due to the elections in the state. In this situation, how will the public accept them?
On the other hand, the BJP takes its work to the public every year through the “Ek Saal Bemisal” programme and asks the public for their suggestions. Then we keep on improving ourselves continuously. The opposition appears scattered in the state. In Uttarakhand, the Bharatiya Janata Party is winning with a huge majority. This time – ‘Abki Baar 60 Ke Paar, Phir Se BJP Sarkar”.