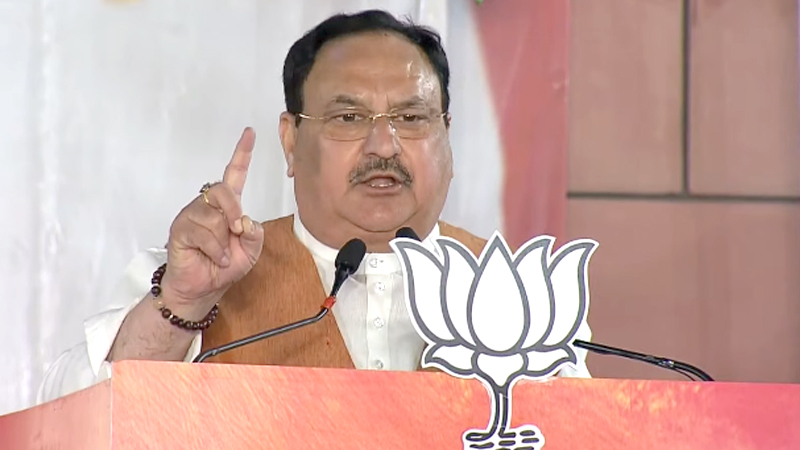 ‘PM Modi Paved Way For Politics of Development in the Country’

Bharatiya Janata Party National President Shri JP Nadda said, earlier politics in the country revolved around dynasties, casteism, corruption and religion but Prime Minister Shri Narendra Modi changed it to the politics of development. He also said earlier important vaccines like those against polio, encephalitis, tetanus and measles took decades to reach people of the country; India under PM Shri Modi made two Covid vaccines available to the people within a year of the pandemic.

“Once upon a time the politics revolved around dynasties, casteism, corruption and religion but PM Shri Modi ended this to pave way for politics of development,” he added.

“During the pandemic, the PM gave 20 lakh crore packages in May 2020, launched PM Garib Food Yojana, gave ration to 80 crore people. The country has witnessed 12% decline in poverty from 22 % to 10%. The ‘Garib Kalyan’ programme ensured the welfare of the poor. Initiatives like ‘Swachh Bharat Abhiyan’, ‘Ujjawala Yojana’, one nation-one tax, one nation-one grid, one-nation, one-ration card gave thrust to development,” the BJP National President said.

“Poverty has declined by providing ration. The number of beneficiaries has increased and the economy is moving fast ahead. Our growth rate has increased; foreign returns and export have increased. Khadi has been promoted and its export has increased,” he added.