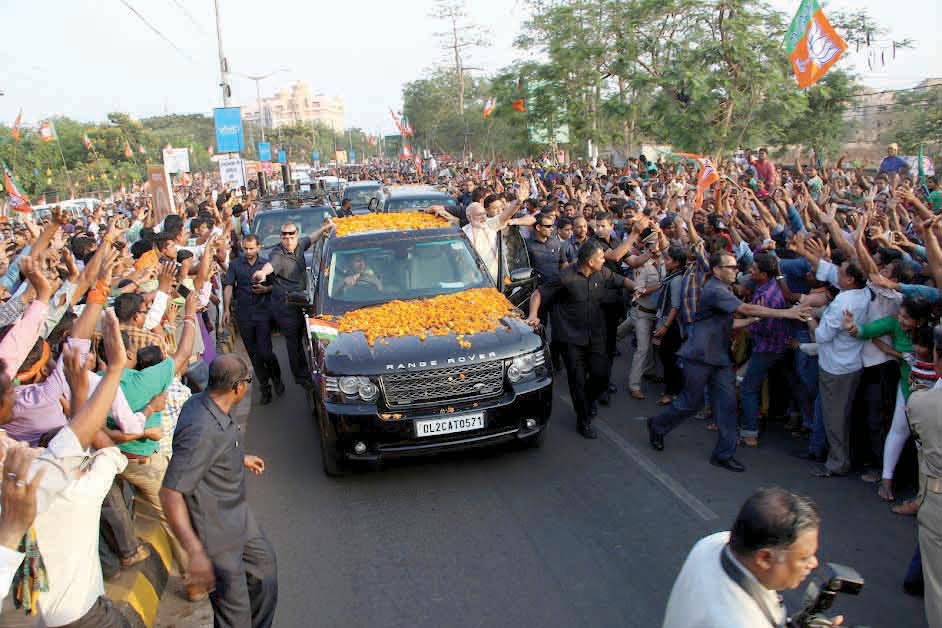 Breaking security protocol, Prime Minister Shri Narendra Modi mingled with crowds as he embarked on a road show soon after landing at Bhubaneswar airport, en route to the BJP National Executive Meet on 15 April, 2017 afternoon. Shri Modi was greeted by the BJP leaders at the airport and he garlanded portraits of noted Odia icons such as Madhusudan Das, Gopabandhu Das, Gangadhar Meher and Krushna Chandra Gajapati.

Chants of ‘Modi’ ‘Modi’ filled the air as the PM made his way from the airport to the venue, standing on the footrest of his car for the better part of the 8km journey. During the one-hour journey, Shri Modi constantly waved to the people who had lined up on both sides of the route despite the scorching sun to cheer him. Overlooking all security paraphernalia, the PM even allowed some to take selfie with him.