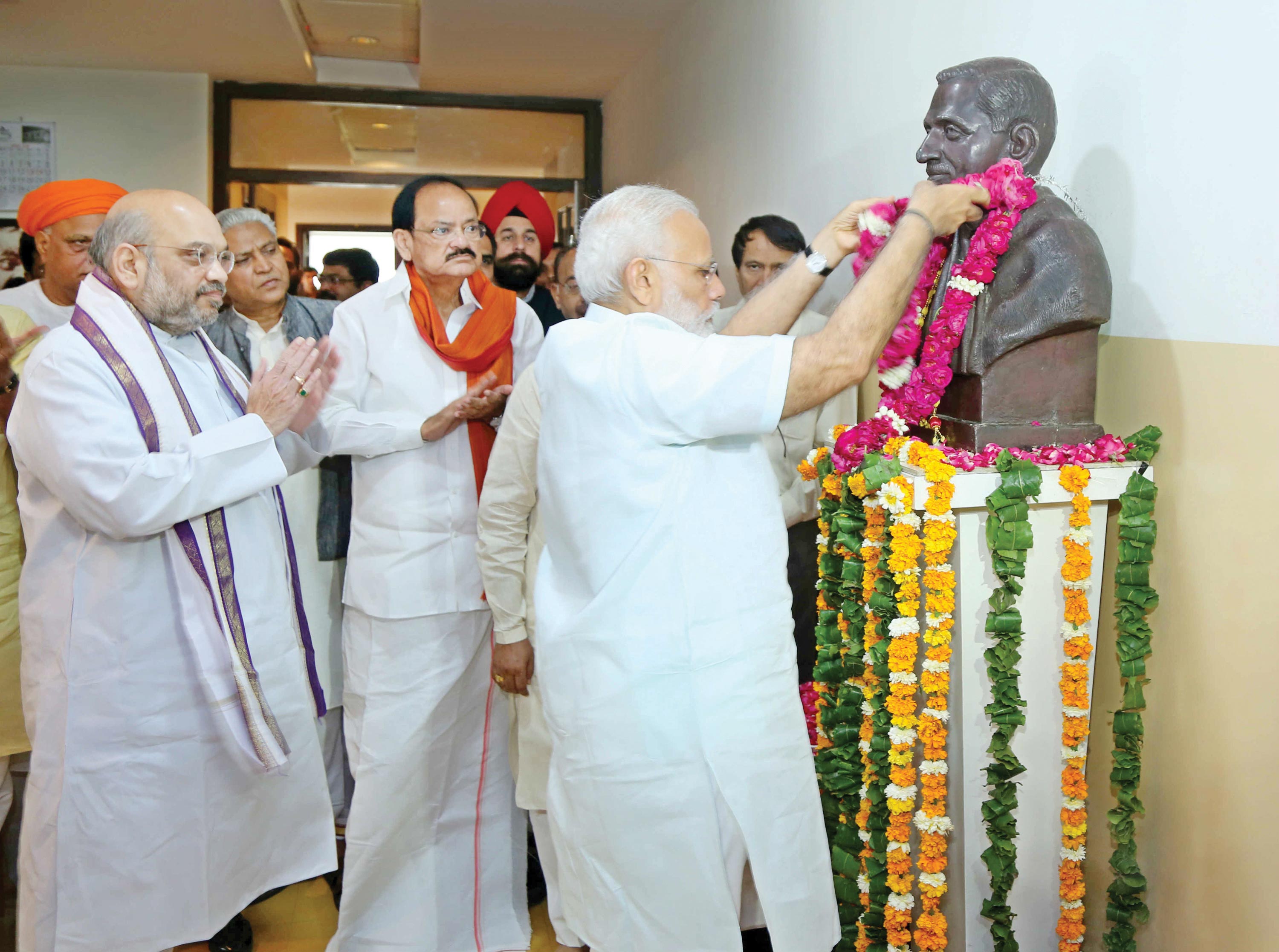 On the occasion of BJP’s 37th foundation day on 06 April, 2017 Prime Minister Shri Narendra Modi visited the BJP headquarters in New Delhi and along with BJP National President Shri Amit Shah and other senior leaders of the party, offered tribute to Pandit Deen Dayal Upadhyay.

On the occassion of foundation day Prime Minister extended greetings to the BJP Karyakartas and said, “We recall with pride the hardwork of generations of BJP Karyakartas who built the Party brick by brick with the endeavour to serve our society.”
Shri Modi said about the struggles of party cadres and asserted that the party will keep working for the betterment of the country, especially for the poor and marginalized.

He said that it was a matter of great pride that people across India and across all sections of society placed their trust in BJP. Expressing gratitude to them the Prime Minister said, “Guided by the Mantra of Antyodaya, our efforts to serve India especially the poor & the marginalized continue with great vigour.”

Later in a tweet, the Prime Minister said, “On the Sthapana Diwas of BJP, I congratulate the entire family of BJP Karyakartas working across the length and breadth of India. It is a matter of pride that people across India and across all sections of society have placed their trust in the BJP and expressed gratitude to them. Our efforts to serve India especially will continue with great vigour,” he added.

Notably, the BJP, which was formed in 1980, has seen many highs and lows since its inception. However, under the dynamic leadership of Prime Minister Shri Narendra Modi, BJP singlehandedly got majority in 2014 Lok Sabha elections. It not only won the Lok Sabha election but under PM Shri Narendra Modi and BJP National President Shri Amit Shah the party won various states with overwhelming majority and formed governments in states like Uttar Pradesh, Uttarakhand, Goa, Manipur, Maharashtra, Haryana, Jharkhand and J&K . The BJP is in power now in 16 states of the country.