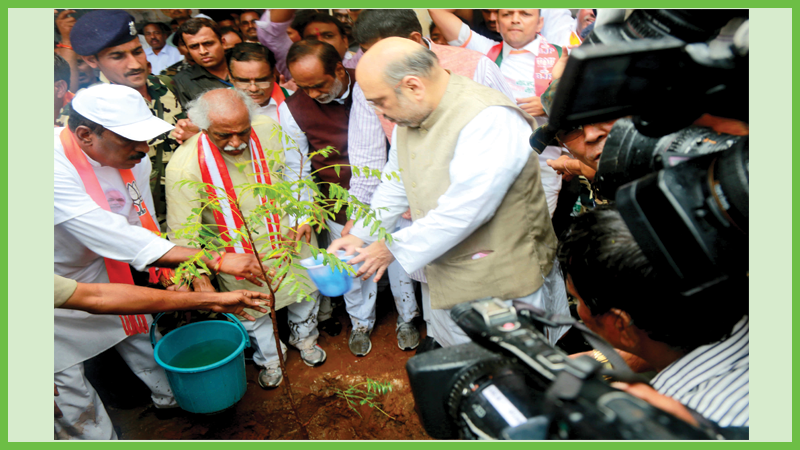 Addressing thousands of residents of the Basti present in the programme, Shri Sahasrabuddhe said that after Mahatma Gandhi, Prime Minister Shri Narendra Modi is another great leader who is taking care of the health of the people by initiating Swatchh Bharat Abhiyan in the entire country. Hence on his Birthday we are offering Shramdan in the Basti and giving the message of cleanliness to the people.

He said that cleanliness should be a habit of all of us. If we have three habits then we can keep our Bastis clean. Firstly, we should clean our hands after visiting toilets, secondly, we should not litter the garbage collected after cleaning the house and thirdly, we should not spit in public places after chewing pan or gutka. If we have these three good habits then our sewa basti will be clean and the atmosphere will also be healthy which will help the residents to remain healthy. If you have respect and love for Prime Minister Shri Narendra Modi then you should practice these things for keeping the Basti clean.

Addressing the people, Delhi BJP President Shri Manoj Tiwari said the PM celebrating his Birthday not by cutting cakes but by sharing pains and sorrows of the common people. In this connection the Sewa programmes are organised at 11 prominent places and 280 mandals in Delhi.

Shri Tiwari said that when the entire country is wishing long life to Prime Minister Shri Narendra Modi on his Birthday, he has taken a great step to secure the long life to the people by launching Aayushman Bharat Yojna for 50 crore people of the country. Under this scheme the needy persons will be given assistance of 5 lakh rupees by the Government for 1250 types of surgical operations. He said that Prime Minister Shri Narendra Modi has given the message of cleanliness to the entire country to remain healthy and all of us should follow him. This will be the real felicitation to the Prime Minister on behalf of all of us.
On this occasion, Pradesh General Secretary Shri Rajesh Bhatia said the BJP workers organised Free Health Check up Camps at various placed of Delhi and also distributed fruits & sweets in hospitals and schools.