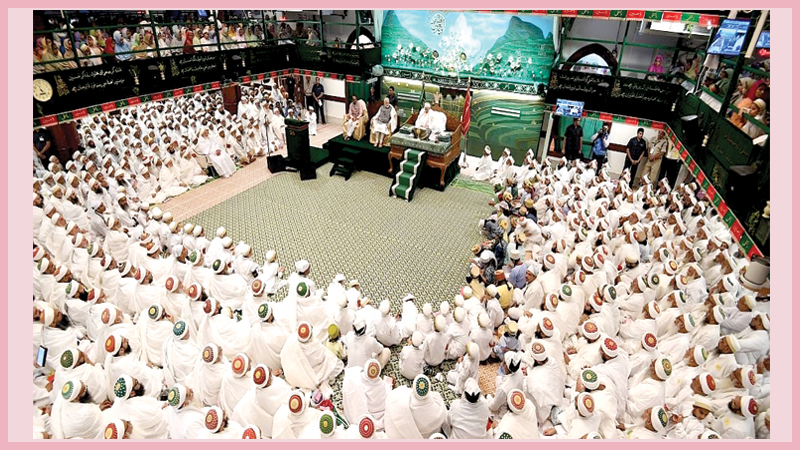 The Prime Minister Shri Narendra Modi addressed a huge gathering of Dawoodi Bohra community, at Ashara Mubaraka, the commemoration of the martyrdom of Imam Husain (SA), in Indore, Madhya Pradesh on September 14, 2018.

Remembering the sacrifices of Imam Husain, Prime Minister said that Imam always stood against injustice and attained martyrdom for up keeping peace and justice. He added that the teachings of Imam are still relevant today. Appreciating the work done by Dr. Syedna Mufaddal Saifuddin, the Prime Minister said that love and dedication towards the nation are the hallmarks of his teachings.

Shri Modi said that the culture of taking everyone along makes India different from all other countries. “We are proud of our past, we believe in our present and are confident of our bright future”, he added.

Highlighting the contributions of the Dawoodi Bohra community, Prime Minister said that the community has always played a key role in India’s progress and growth story. He expressed hope that community will continue their great work of spreading the strength of India’s culture throughout the world.

Applauding the various social initiatives carried out by the Dawoodi Bohra community, Prime Minister said that various efforts are taken by the government to ensure improved living standards for citizens, especially the poor and needy. In this context, he mentioned the various development oriented initiatives of the Government like Ayushman Bharat, Swachh Bharat Abhiyan and Pradhan Mantri Awaas Yojana. He mentioned that these initiatives are changing the lives of ordinary people.

Prime Minister congratulated the people of Indore for taking the mission of Swacchh Bharat forward. He said that ‘Swachhata Hi Sewa’ scheme will be launched tomorrow and urged the citizens to actively participate in this grand Swacchhta mission.
Talking about the honesty shown by the Bohra Community in business, Prime Minister said that the government encourages honest businessmen and workers through GST, Insolvency and Bankruptcy

Madhya Pradesh Chief Minister Shri Shivraj Singh Chouhan was also present on the occasion. Dr Syedna Mufaddal Saifuddin, praised the Prime Minister for his exemplary work and wished him success for his work for the country.