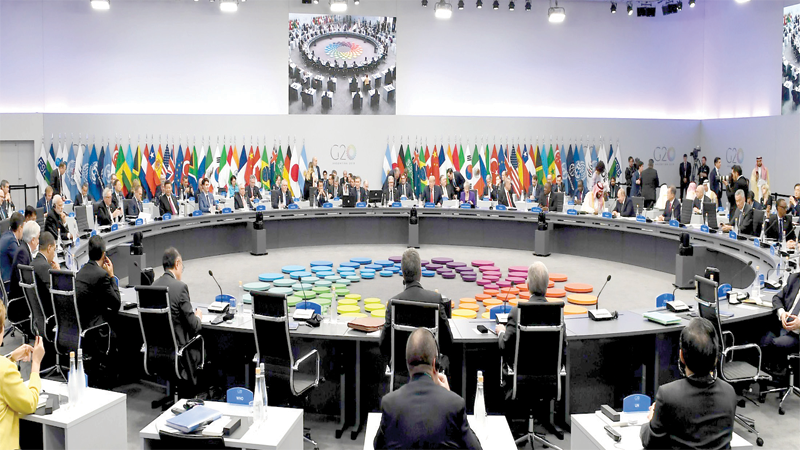 Prime Minister Shri Narendra Modi attended G20 summit at Buenos Aires in Argentina. Prime Minister Shri Narendra Modi addressing the second session of the G20 Summit in Buenos Aires presented a nine-point agenda aimed to take action against fugitive economic offenders. “There is need to work together against financial fraudsters and fugitives. This problem may manifest as a serious threat to the global financial stability,” PM Shri Modi said. India also called for joint efforts by G-20 countries to form a mechanism that denies entry and safe havens to fugitive economic offenders.

Joint effort by G-20 countries to form a mechanism that denies entry and safe havens to all fugitive economic offenders.
Principles of United Nations Convention Against Corruption (UNCAC), United Nations Convention Against Transnational Organized Crime (UNOTC), especially related to “International Cooperation” should be fully and effectively implemented.
FATF should be called upon to assign priority and focus to establishing international co-operation that leads to timely and comprehensive exchange of information between the competent authorities and FIUs.

FATF should be tasked to formulate a standard definition of fugitive economic offenders.

FATF should also develop a set of commonly agreed and standardized procedures related to identification, extradition and judicial proceedings for dealing with fugitive economic offenders to provide guidance and assistance to G-20 countries, subject to their domestic law. Common platform should be set up for sharing experiences and best practices including successful cases of extradition, gaps in existing systems of extradition and legal assistance, etc.

G-20 Forum should consider initiating work on locating properties of economic offenders who have a tax debt in the country of their residence for its recovery.

Russia-India-China Trilateral on sidelines of G20

On the sidelines of G20 summit,Prime Minister Modi, President Vladimir V Putin of Russian Federation and President Xi Jinping of the People’s Republic of China, held a Trilateral Meeting in Buenos Aires on November 30.
The three leaders exchanged views on expanding mutual cooperation in international forums, and to encourage greater interaction among the three countries. They agreed on the importance of reform and strengthening of multilateral institutions which have benefitted the world, including the United Nations, WTO and well-established as well as new global financial institutions. They underscored the benefits of a multilateral trading system and an open world economy for global growth and prosperity.
The three leaders also agreed to have regular consultations at all levels to jointly promote international and regional peace and stability, to strengthen cooperation through BRICS, SCO and EAS mechanisms, to address global challenges such as terrorism and climate change, and to encourage peaceful resolution of all differences.
The three leaders acknowledged the importance of cooperation in RIC format and have agreed to hold further such trilateral meetings on multilateral occasions.