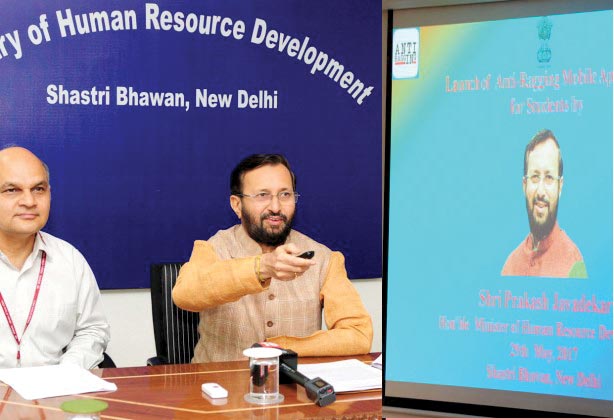 App Streamlines the process of registering complaints and concerns

Shri Javadekar said earlier one had to visit the website for registering a complaint of ragging and our record shows that timely action was taken which in turn had resulted in the decrease of such instances. But still this ill has to be eliminated completely, he said.

Shri Javadekar said as per his knowledge in campuses majority of senior students actually help guide their juniors and properly mentor them, but in few cases ragging happens which needs to be completely eliminated from campuses. He said “physical or mental torture of a new student is ragging which we won’t allow, this is unacceptable and therefore this app will become a handy tool to any student who goes through such experience.”

The Minister said this app will work on android system on which students can log in and register their complaints immediately. Accordingly all concerned will be informed immediately and action will start immediately.

He said it is a good step for protection and will give a feeling of security to students. The Minister categorically cautioned that those who are involved in ragging will not be tolerated and they will not be allowed to continue their education in that institution. At the same time they will meet severe penalty and punishment as per the law. However the Minister expressed hope that good senior students will act as mentors for their juniors.